Skip to content
Bucs News From Around the Web 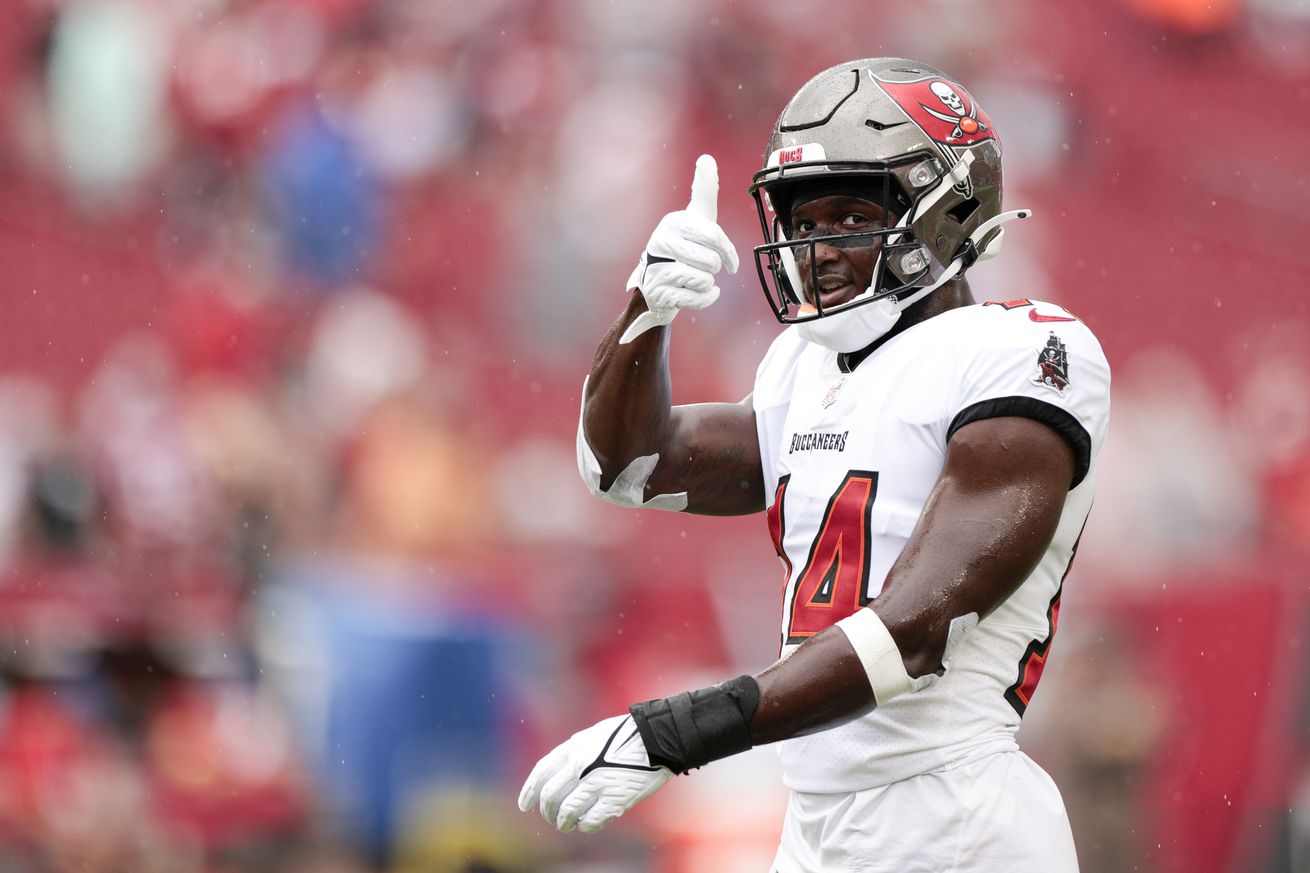 With many players set to hit the open market, it will be tough for Tampa Bay to retain everyone

Last offseason, the Bucs were able to bring back all 22 starters from their 2020 roster, which was the first time an NFL team that has won the Super Bowl has been able to do in the following offseason. This offseason, however things appear to be different. For starters, they have major questions at the quarterback position this time around, but they also have a lengthy list of free agents that are set to hit the open market. It is unlikely that the Bucs can bring back all of their major free agents like they did last year, so some sacrifices may have to be made.

Godwin is now scheduled to be a unrestricted free agent for the second offseason in a row. Last year, the Bucs prevented him from hitting the open market by franchise tagging him. There is little doubt that Godwin is very important to the success of Tampa Bay’s offense, but there are some concerns with Godwin this time around. Godwin suffered a torn ACL in week 15 which ended his 2021 season early. Godwin’s absence was certainly felt as the Bucs offense was never quite the same efficient and dominant unit it has been with Godwin being available. That makes Godwin’s contract situation an interesting one. While his talent and importance to the offense is undeniable, will his major injury scare teams, including the Bucs away? According to Spotrac, Godwin’s market value is estimated to be 18.1 million annually on a five year deal worth just under 91 million in total. That number could certainly be reasonable for the Bucs to bring back Godwin, but there should be a lot of other teams vying for his services in March.

It feels like it has been an eternity since the Bucs last had a number one corner that could be relied upon. They have swung and missed on multiple free agent signings and draft picks over the years trying to find that guy. They finally seem to have gotten one right in Carlton Davis, who was a second round pick for the team in 2018. The 25 year old corner has progressed in every season he has been in the league and has turned into the Bucs best cover corner. The tough thing though is determining what type of player Davis is and what tier he may fall into. Is he a fringe CB1 that cannot be relied upon all the time, or is a true number one guy? That makes the contract situation a little difficult. Spotrac projects a five year deal worth about 98 million dollars, which averages out to about 19.6 million per year. That seems steep for Davis, who battled injuries throughout 2021. Davis should be a priority for Tampa Bay, but the franchise tag here makes much more sense. Last offseason, the franchise tag number for cornerbacks was about 15 million which is a lot, but is a less risky option for the Bucs when evaluating Davis. The franchise tag would give Davis the chance to prove that he is a true number one corner where he can cash in next offseason.

This is where the rankings should become more of a debate. Godwin and Davis are pretty obvious top priorities for the team to retain, but after that there could be some tough decisions. One of them is center Ryan Jensen. In 2018 Jensen left the Ravens and signed a four year, 42 million dollar deal with Tampa Bay to be their starting center. Over that time, Jensen has become one of the game’s top centers and is looking for one last big payday. Jensen will soon be 31 years old and he may view this as his last chance to cash in. He is projected by Spotrac to receive a three year deal worth about 30 million and would earn around ten million per season. That is certainly a reasonable contract for Jensen, but the Bucs will have to decide if they want to pay a 31 year old center top money especially when they have a third round pick invested in Robert Hainsey who could possibly be a cheap option to fill in. In many interviews at the Pro Bowl, Jensen expressed interest in returning to Tampa Bay, but this may be one that the market dictates what his future with the Bucs is.

This is a really intriguing one because at the start of the 2021 season, Whitehead was not likely someone who would have bee this high on a priority list. Whitehead’s play this season as well as his swagger and attitude that he brings to the defense is so impactful that the Bucs may not want to lose the 2018 fourth round pick. Spotrac projects a three year, 26.9 million dollar deal for Whitehead which averages out to 7.8 million per year. This may be one of the toughest decisions the Bucs have to make on a free agent this offseason. Whitehead is extremely important, but may price himself out of Tampa Bay, especially with the team having Mike Edwards as someone who can step in and fill his role.

Another interesting name here is Fournette, who was inconsistent in 2020 but then caught fire towards the end of the season and “playoff Lenny” was born. Last offseason he re-signed with the Bucs on a one year deal worth just over three million dollars. In 2021, Fournette took the reins as the Bucs lead back and even became a threat on third down as his pass catching ability really improved from the previous season. Like Whitehead though, Fournette may have been someone who priced himself out of Tampa Bay as Spotrac has Fournette’s projected contract at two years for a little over 12 million, which is 6.1 million per season. That may be a tad rich for the Bucs as they have not spent a ton of money on the running back position recently. If Fournette is looking for a similar deal he signed last year, then a return to Tampa Bay is certainly possible but if he is looking to cash in, it likely won’t be in Red and Pewter.

The Bucs have a lot of work to do this offseason as there are many other free agents like Alex Cappa, Jason Pierre-Paul, Ndamukong Suh, Ronald Jones and Rob Gronkowski that are all slated to hit the market as well. It appears unlikely that the Bucs can “run it back” again like they did in 2021, but they should be able to retain some key pieces regardless.