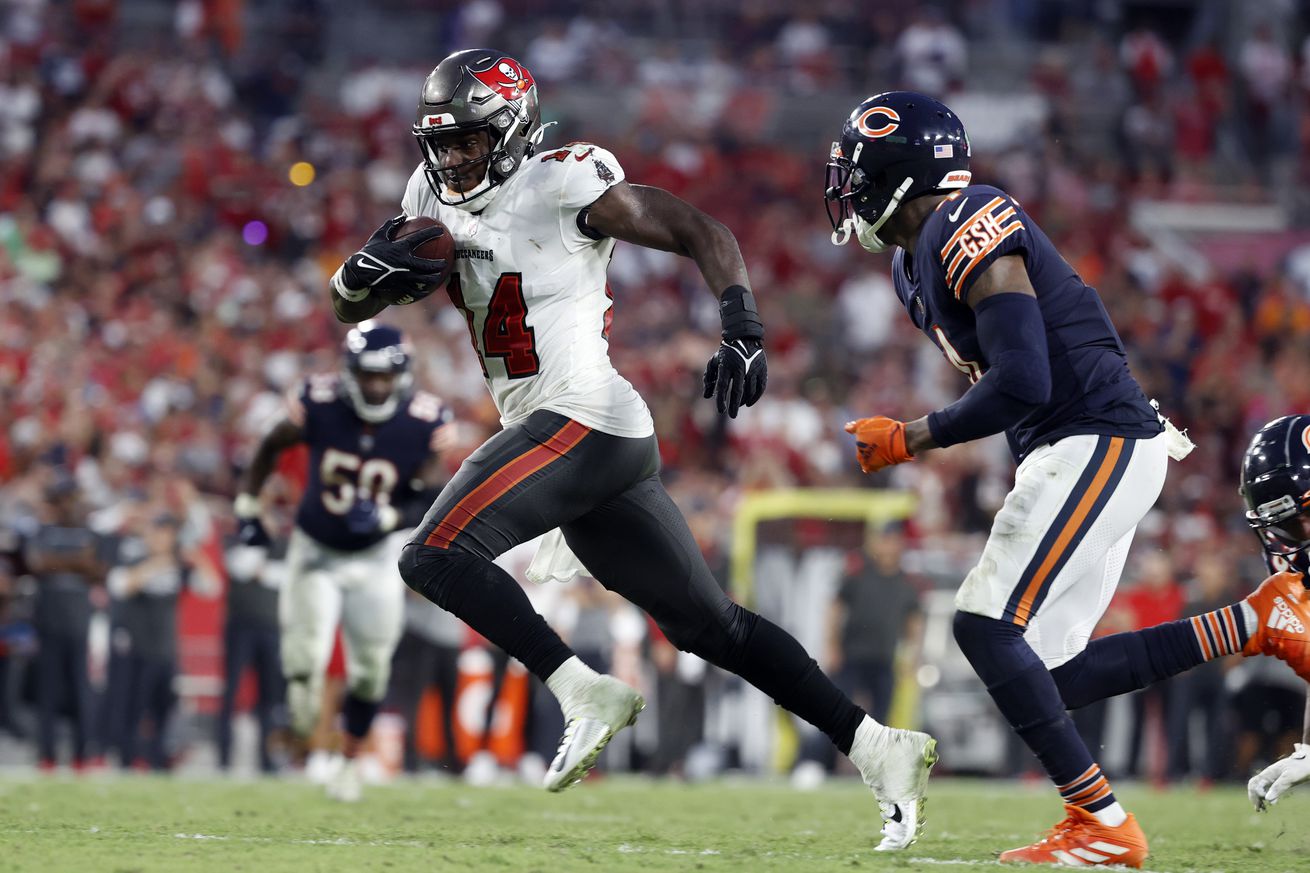 Much to the dismay of fans, the star receiver may not re-sign before the new league year

The Tampa Bay Bucs, and their fans, would rather get a deal done with star wide receiver Chris Godwin sooner than later.

According to ESPN’s Jeremy Fowler, however, it may not be realistically possible as the soon-to-be 26-year old looks forward to finding out what it’s like to be pursued in the NFL’s free agency period.

“I caught up with free-agent receiver Chris Godwin,” Fowler wrote. “Who said he’s Making a strong recovery on his torn ACL from December and feels good. He plans to make a full recovery and play in 2022.

“As for where he plays next year, Godwin certainly isn’t ruling out a return to the Bucs. They’ll be in the mix. But he’s also excited about his first foray into the open market. Quarterback play will be important but not the only factor.”

While the positive points to Godwin considering a return to Tampa a realistic end state, one can’t help but feel a bit nervous about letting the young star receive recruiting pitches from NFL teams looking to add a legitimate No. 1 option to their roster.

As Fowler states, while the quarterback situation will play a role in his decision, it won’t be the only thing Godwin considers in his next move.

Still, the Bucs would do themselves a service if they could finalize a deal for a quarterback like Deshaun Watson, who presents an opportunity for his receivers to play with a young and talented passer who played at an MVP level the last time he was on the field.

With recent rumors of mutual interest between the team and player, setting up the framework to acquire Watson before Godwin finds new suitors would likely elevate the chances he chooses to return to the Bucs.

If the team were to franchise tag him for a second-straight season, it’s possible – and I’d speculate it’s likely – Godwin would turn down opportunities to then negotiate for a longer deal with the team after they essentially hold him hostage and prevent him from seeing what’s open to him elsewhere.

The good faith move for the Tampa Bay Bucs is to continue negotiating, address the quarterback position as quickly as possible, and to let Godwin go, hoping the love is reciprocated and he returns in the end.

But we can also hold out hope this report is a ploy by Godwin’s representatives to give the Bucs one last push into meeting his demands, and a deal is struck before too many poachers get their chance to steal away one of the brightest young stars in the league.