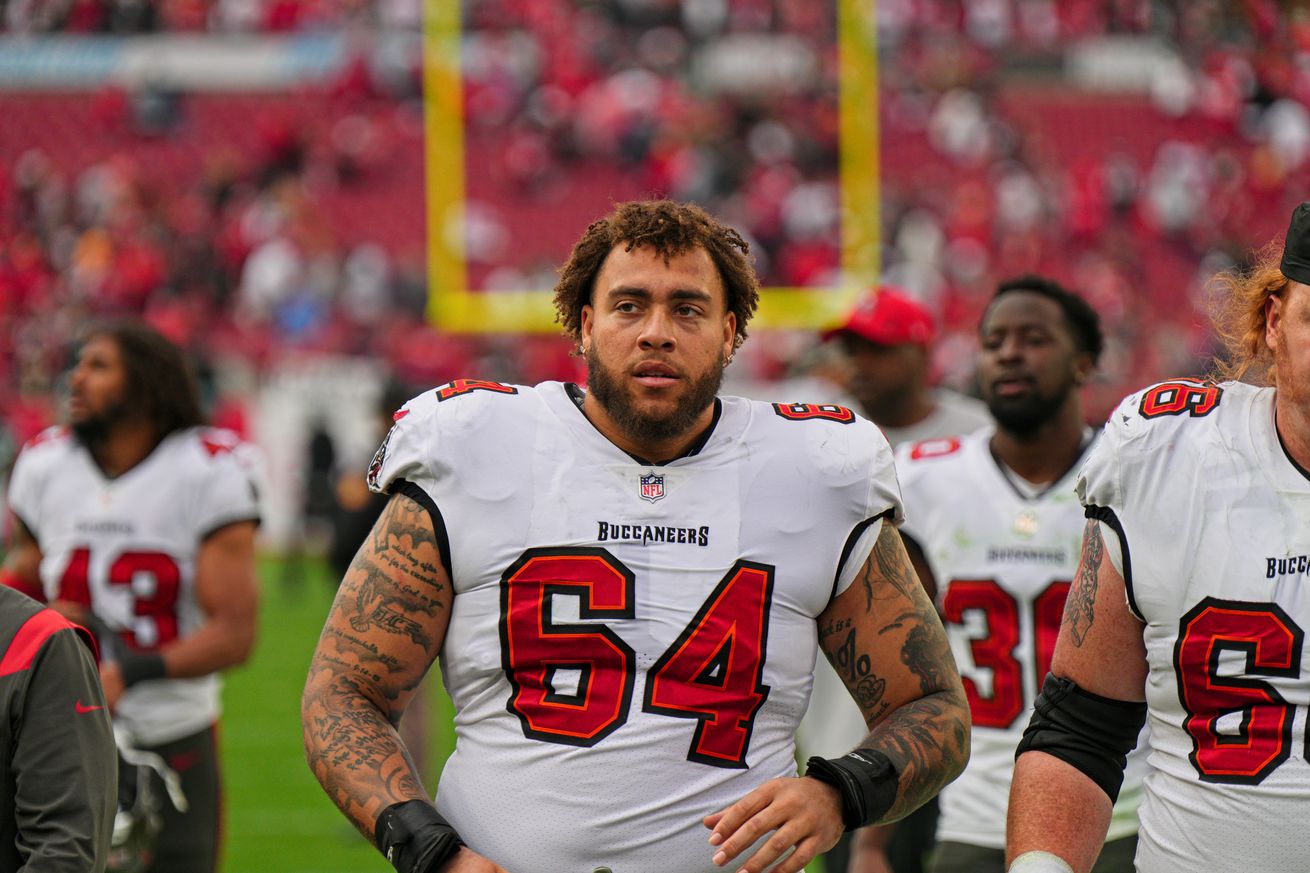 Tampa Bay took one step toward solidifying its offensive line on Saturday afternoon.

The Bucs have some work to do with their offensive line this offseason, and they took one step toward solidifying the group on Saturday.

The Bucs have agreed to terms with guard Aaron Stinnie on a one-year deal, per source.

Stinnie proved extremely important to the Bucs during their Super Bowl run two seasons ago, playing extremely well as he stepped in for an injured Alex Cappa during the playoffs.

Now, the 28-year-old returns with a shot at potentially replacing the recently retired Ali Marpet. With Cappa and center Ryan Jensen set to hit free agency, bringing Stinnie back felt like a no-brainer for the Bucs. At the very least, he’s a strong backup option to have in the event of an injury.

It’s hard to imagine the team being content with replacing 60% of its offensive line heading into 2022, but its cap situation will be tricky if there isn’t a long-term contract extension in place for Chris Godwin. Ideally, the Bucs can bring back at least one more of their free agent linemen. Cappa would seem to be more realistic, given that he is younger and Jensen is likely to get a big contract after proving himself as one of the league’s best centers over the past few years.

We’ll see what the next week or so brings for the rest of Tampa Bay’s offensive line. Stay tuned.