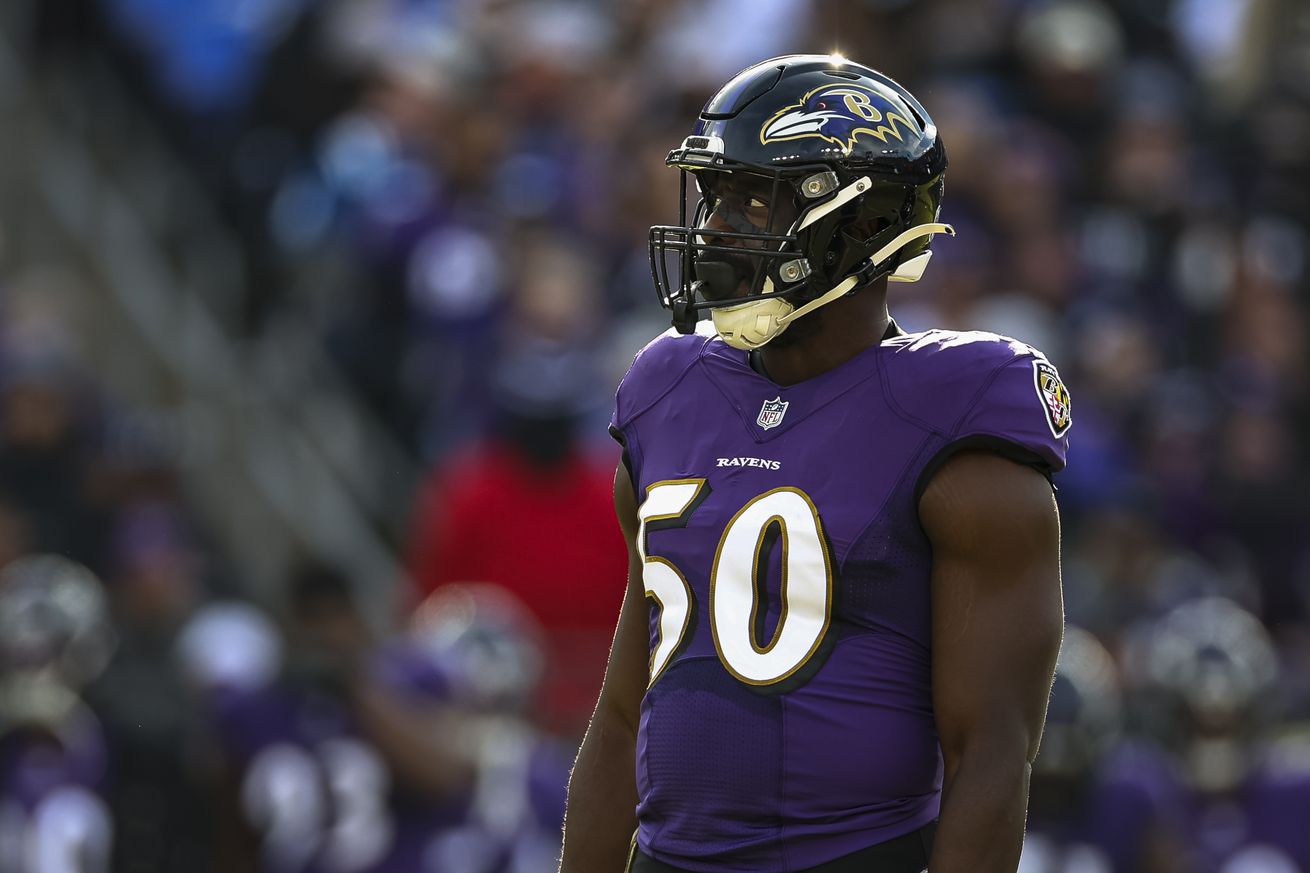 Does this veteran EDGE have more left in the tank than another veteran EDGE that might be on his way out of Tampa Bay?

The Bucs are just over one calendar year removed from their Super Bowl LV victory over the Chiefs, yet as this offseason rolls on, that glorious night is feeling more and more like a distant memory and a reminder of what was rather than what’s still to come.

Tampa Bay has a significant amount of work to do with its roster as it heads into life after Tom Brady, and while much of that work is on the offensive side of the ball, there’s plenty of it on defense as well. The unit that was so key in the team’s run to the Lombardi Trophy was banged-up for much of 2021 and may look pretty different in 2022. With key contributors like Carlton Davis, Jordan Whitehead, Jason Pierre-Paul, Ndamukong Suh and William Gholston set to hit the open market, the Bucs will have to assess their options.

In terms of potentially replacing a veteran pass-rusher like Pierre-Paul, might Jason Licht and co. look in the direction of another veteran? Say, maybe, Justin Houston? The Free Agent Spotlight series rolls on…

Houston played his college ball at the University of Georgia, where he was named to the All-SEC Second Team in 2009 before going on to earn First-Team All-SEC and First-Team All-American honors in 2010. Rather than return for his senior season in 2011, the Statesboro, Georgia, product entered the NFL Draft. He was selected in the third round (No. 70 overall) by the Kansas City Chiefs, who he would stick with for his first eight NFL seasons.

Over his eight years in Kansas City, Houston was named to the Pro Bowl four times and was an All-Pro selection once. He totaled 382 tackles (319 solo), 96 tackles for loss, 78.5 sacks, 118 quarterback hits, 14 forced fumbles, eight fumble recoveries and four interceptions in his time as a Chief. The team tried to trade him following the 2018 season but was unable to find a partner, leading to his eventual release.

In 2019, Houston signed a two-year, $24 million deal with the Colts. According to Pro Football Focus, he posted 60 quarterback pressures to go along with his 11 sacks and 18 quarterback hits during year one in Indianapolis. He declined a little bit in his second year with the Colts, but still managed eight sacks and 12 quarterback hits. Following that season, he hit free agency once again.

Houston most recently played with the Ravens, signing a one-year contract worth up to $4 million ahead of the 2021 season. It was a modest age-32 season, as he finished with 4.5 sacks and 17 quarterback hits in 15 games (all starts). Now, at age 33, the former Chief, Colt and Raven hits the market again.

While it’s hard to argue that Houston is the same player he used to be, he still has impressive power that would make him an intriguing rotational fit with Shaquil Barrett, Joe Tryon-Shoyinka and Anthony Nelson. Not to mention, he has proven throughout his career that he can play both defensive end in a 4-3 and outside linebacker in a 3-4, so Todd Bowles would surely appreciate that type of versatility. He is 33 years old and likely nearing the end of the line as a productive pass rusher in the NFL, but he can still win his fair share of matchups and provide a measure of consistency that the Bucs could use.

Houston has also stayed pretty healthy over the last few years, something that can’t be said of Jason Pierre-Paul, another EDGE who the Bucs will have to make a decision on. Until he missed Week 3 of this past season due to COVID-19 protocols, Houston hadn’t missed a game since 2018. Contrast that with Pierre-Paul, who missed five games in 2021 and six in 2019, and you could argue that Houston would provide more value—especially given that both guys are 33 years old and expected to sign for similar money this offseason.

If the Bucs decide it’s time to move on from Pierre-Paul, would they really want to bring in another 33-year-old pass rusher? Yes, Houston has proven to be more reliable in terms of health over the last few years, but both guys would probably provide similar levels of production in Todd Bowles’ defense. Chances are, they’d both play more of a rotational role given that Barrett has one side locked down and the team would be wise to let Tryon-Shoyinka develop a bit more in his second professional season. So, if that’s the case and Pierre-Paul is fully recovered from his shoulder injury that affected him throughout 2021, wouldn’t it be better to stick with him? He’s been playing in Bowles’ system for the last three seasons, after all.

What’s perhaps more likely is that Tampa Bay says goodbye to Pierre-Paul after four good seasons and looks toward the draft for another pass rusher to develop. The team could go the free agency route, but even if it does, it’s probably better to go a bit younger with the state that the roster is currently in.

Houston’s free agency in 2021 was interesting. It wasn’t the best the market has ever been for pass rushers, and he ended up taking a one-year deal with Baltimore for less than what he was reportedly offered elsewhere. In fact, his base salary was just $1.075 million, with incentives that could’ve taken the deal up to $4 million. It was reported by Adam Schefter that he turned down “significantly more money” from other teams in hopes of contending for a championship with Baltimore. Of course, that didn’t work out, but it’s certainly plausible that he looks to do something similar in 2022. But more on that later.

We don’t know what Houston’s priorities will be like when legal tampering opens up. Will he look for a bigger deal in what will likely be a better market? Or will he do something similar to what he did in 2021 and look for a destination that gives him the best chance to win a ring? The educated guess would be that he might look for a mix of both, with the chance of winning a Super Bowl being higher on his list of priorities. With his career winding down, it’s fair to say he’s made his money and he’ll likely be looking to build on his legacy more than anything else.

If that’s the case, it’s hard to see Tampa Bay being the right landing spot for him. The team may still expect to compete for the NFC South title and if it can win that, anything can happen in the playoffs. But more realistically, the Bucs aren’t going to be a Super Bowl contender in 2022. And that right there could rule them out of Houston’s mind before they even decide if they want to talk to him.

What do you think, Bucs Nation? If Pierre-Paul is on his way out, should the team look to Houston as a fill-in to rotate with the other pass rushers? Or would Jason Licht be better off drafting or signing a younger pass rusher? Be sure to let us know what you think by voting in the poll and dropping your thoughts in the comments down below.