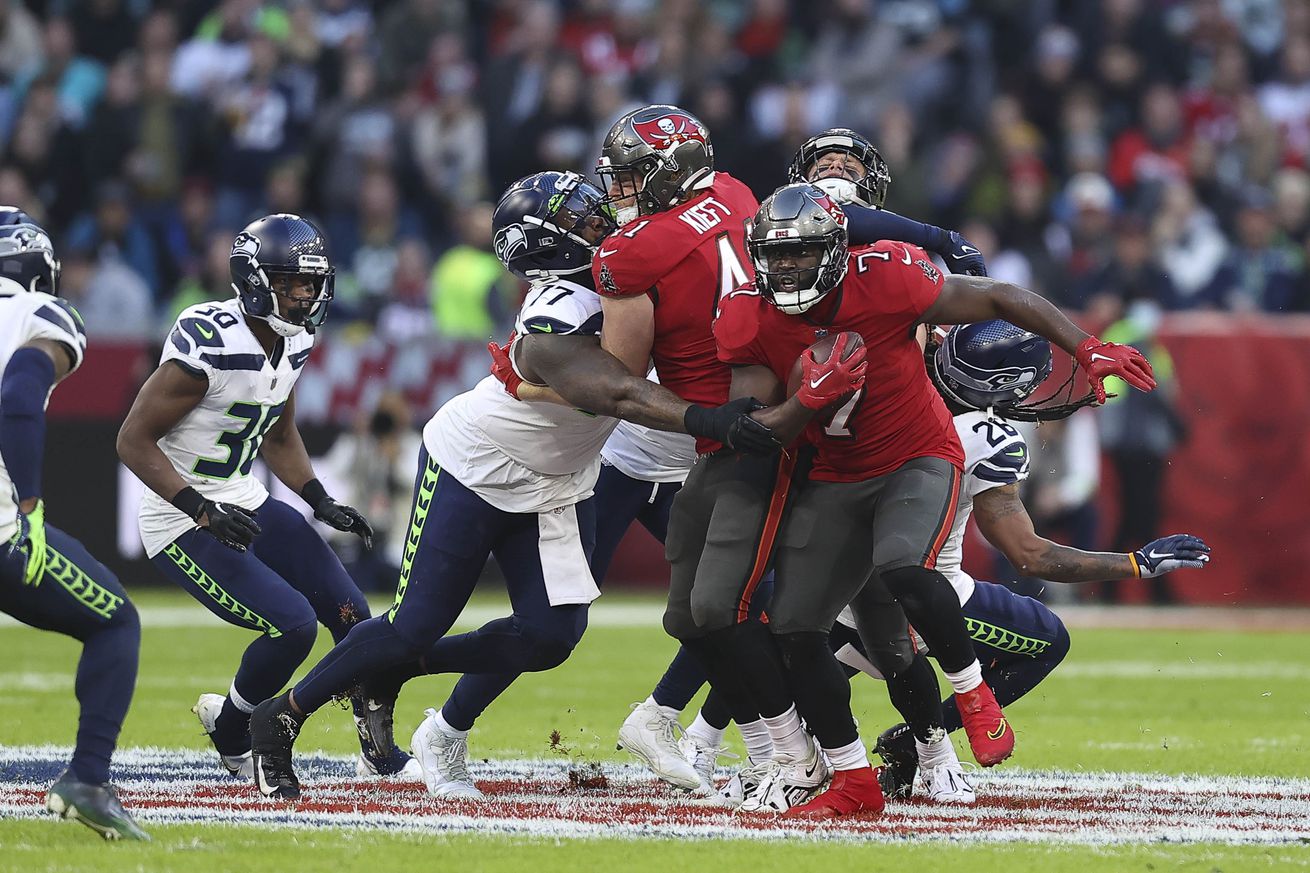 Russell Gage and Luke Goedeke are out; Leonard Fournette is doubtful

The Tampa Bay Bucs return to action after their bye week to face the Cleveland Browns at FirstEnergy Stadium in Cleveland on Sunday. Both teams released their final injury reports on Friday, and a total of three players have been ruled out for the game. The Bucs will be without receiver Russell Gage (hamstring) and lineman Luke Goedeke (foot) who have been out for nearly a month. The Browns have ruled out cornerback Greg Newsome with a concussion.

Running back Leonard Fournette is listed as doubtful with a hip injury he suffered in the game against the Seahawks. He has practiced in a limited fashion all week, but all indications point towards him missing Sunday’s contest. Nose tackle Vita Vea is listed as questionable with a foot injury that appeared out of nowhere during the bye week. He did practice in a limited fashion on Friday, so hopefully he’ll be able to give it a go on Sunday.

Cleveland has no other player ruled out besides Newsome, but a few of their key players were limited in practice all week. Offensive lineman Wyatt Teller is still struggling with a calf injury that has forced him to miss multiple games this year. He did not practice on Thursday but returned in a limited fashion on Friday. Tight end David Njoku (ankle/knee) and cornerback Denzel Ward (groin) were also limited in practice all week. Njoku and Ward are key players for the Browns, and if they are limited in any way on Sunday, it could have a big impact on the game.

Game time is set for 1PM ET and will be broadcast on Fox.

The full injury report is listed below.