Buccaneers at Browns: Predictions and staff picks for Week 12 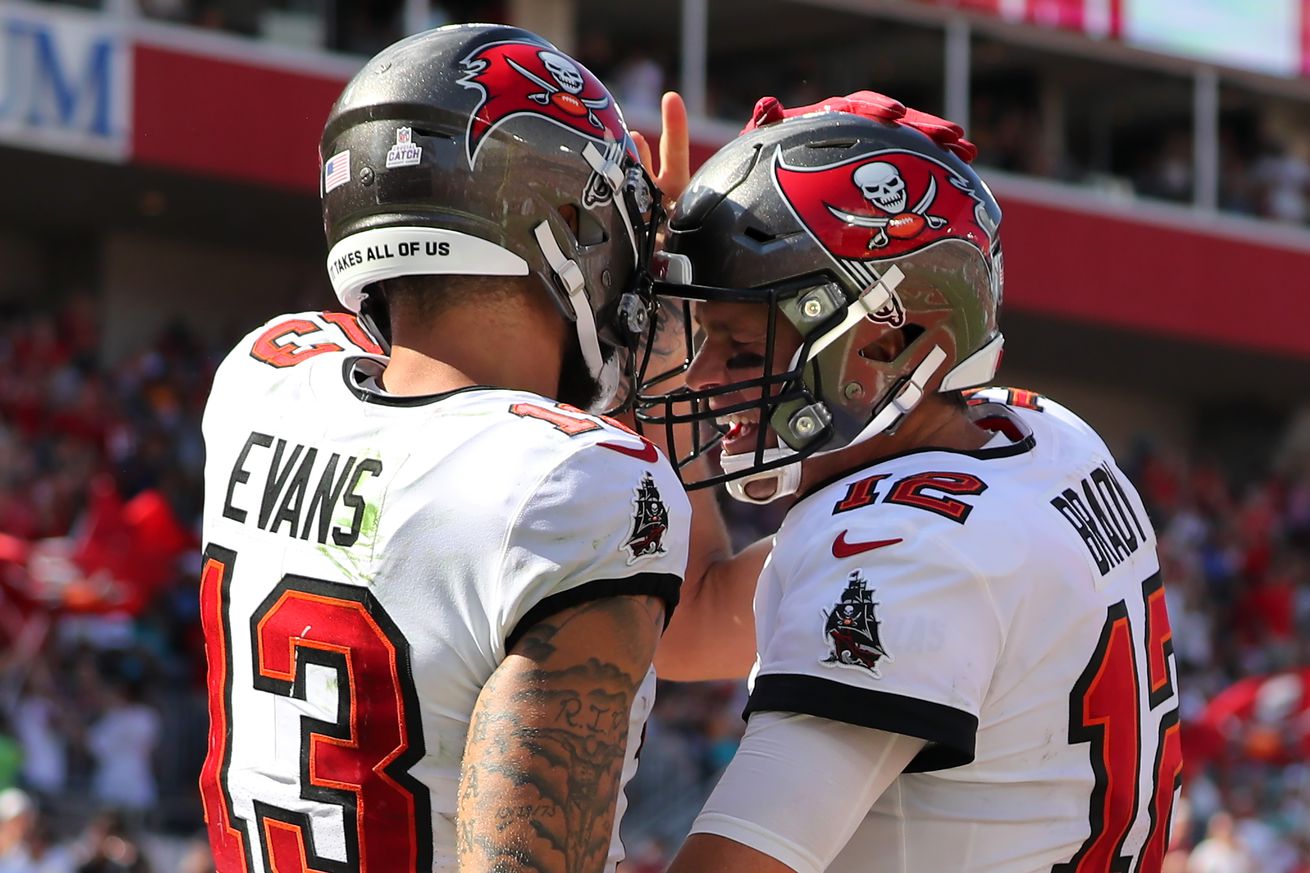 The Bucs are 5-5 heading into Week 12 following a win before the bye week against the Seahawks. Tampa Bay is in Cleveland this week to play the Browns on Sunday.

Tampa Bay is currently a 3.5-point favorite via DraftKings Sportsbook. Our staff weighs in with their predictions and Week 12 picks below.

The previous two games have shown promise of what the offense can bring to the table in these final seven games. With Brady looking downfield more and not quickly throwing it to an underneath receiver (or behind the line of scrimmage for that matter), that all has built up to what could finally be the offensive production we’ve been used to the past two seasons. The future Hall of Famer will throw for over 300 yards and four touchdowns in Cleveland.

James Yarcho: Defense Gets It Done

There’s no doubt Nick Chubb is a weapon and the Cleveland offense goes through him. However, the Bucs have allowed just 107 rushing yards in the last two games combined as the defense has begun to clamp down. An early lead forces the Browns to rely on Jacoby Brissett to throw the ball and it turns into opportunity for Tampa Bay. Give me three takeaways and a score by the Bucs defense in Cleveland.

Evan Wanish: The Brady and Evans show in Cleveland

The Browns are 3-7 and one of the biggest reasons is their defense. Their unit has not been good or consistent this year. They have allowed 30+ points in half of their games so far this season. On Sunday, the Bucs will find ways to get Mike Evans the football as Tom Brady finds him for not one, but two touchdowns.

I’m still not sold that the Bucs have fully corrected their most pressing issues, but they are headed in the right direction thanks to a more efficient offensive balance. Coming off a bye, I expect a full week of installing Rachaad White as the lead running back, given his excellent performance against Seattle and Leonard Fournette’s lingering hip issue, will lead to more fireworks against one of the worst run defenses in football. I have White down for another 100-yard rushing performance with a score.

Will Walsh: Bucs pull out a close one

Last time Tampa squared off against Jacoby Brissett the Bucs won 45-17. This was back in 2021 when the fill-in quarterback was a Dolphin, despite a blowout loss Brissett didn’t play poorly in that game. On a losing team, in 2022 Brissett is once again a fill-in quarterback and again, he hasn’t played poorly. The Browns overall record is not directly at the feet of their stand-in passer. This week Jacoby Brissett will do just enough to keep the Browns in the game until the fourth quarter. The Bucs will need good performances by Ryan Succop and their offensive line to scratch out a gritty victory and advance to 6-5.

Chris Weingarten: Picking up the slack

Vita Vea’s foot injury is a big deal for the Bucs. He has consistently played at a high level his entire career and adds so much more to the defense than the stat sheet shows. At best, he will be limited this week, which means it’s time for other players to step up. I’m looking for the combined efforts of Rakeem Nunez-Roches, and Logan Hall (possibly Deadrin Senat as well) to hold the Brown’s potent rushing attack under 100 yards, and help the Bucs pull out a 23-16 victory in Cleveland.