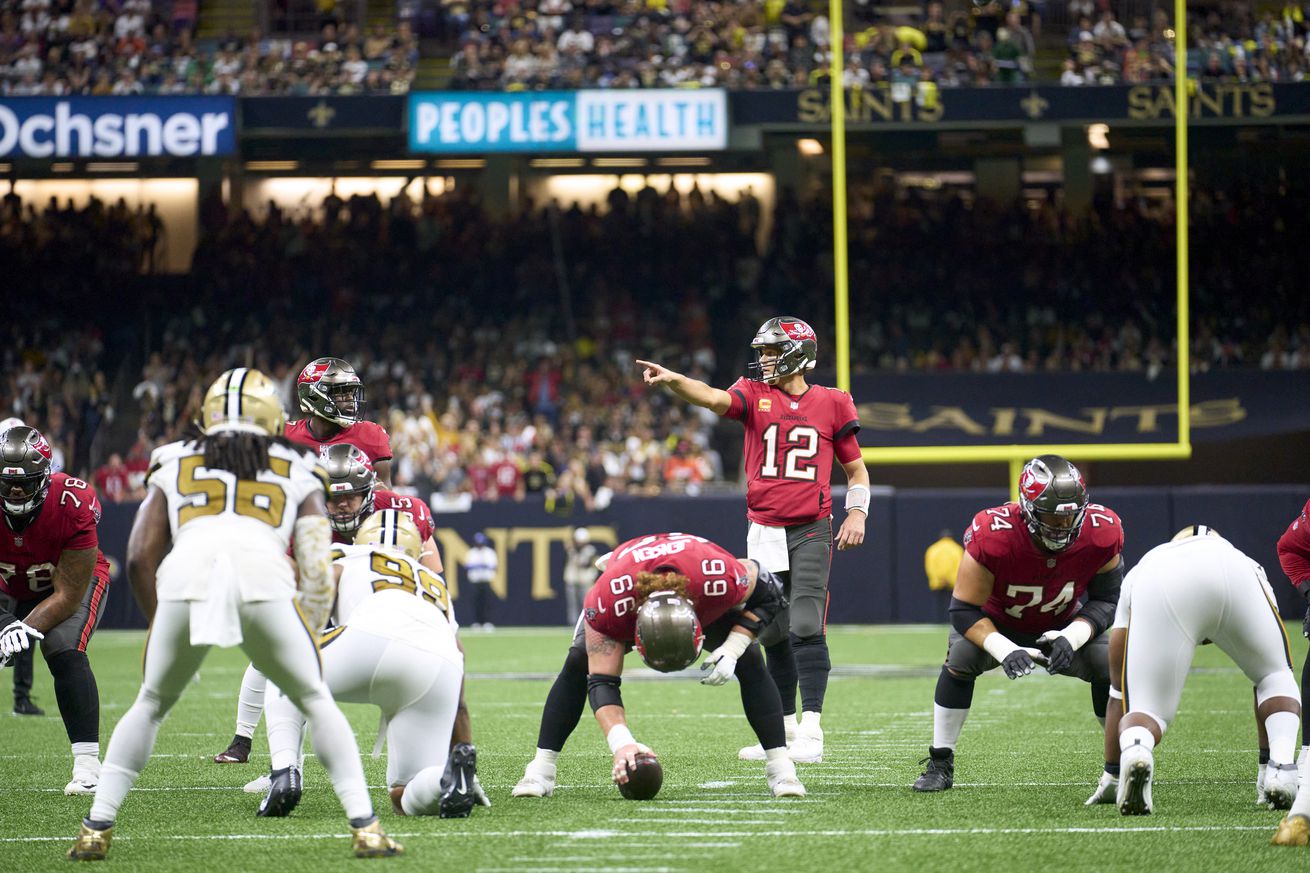 The Bucs and Saints square up for early control of the NFC South, Saints’ home opener

After a dominant win by the Bucs in Dallas and an improbable come-from-behind victory for the Saints against the Falcons, the two teams projected to finish as the top two in the NFC South will go head to head for early control of the division. The winner will move to 2-0 while the loser drops to 1-1 and second place. If history – especially recent history – is any indication, this is bad news for the Bucs.

The Bucs haven’t won a regular season road game in New Orleans since September 2018 when Ryan Fitzpatrick filled in for a suspended Jameis Winston and helped launch the Bucs to a 48-40 shootout win. Overall, the Saints lead the series 39-22, winning seven of the last ten – including five in a row before the Bucs’ 30-20 playoff victory two years ago. As far as regular season is concerned, the Saints have won seven straight overall and five of the last six at home.

One of the biggest storylines is, of course, Jameis Winston facing his former team. Things were going well for him last time – 6/10, 56 yards, 1 touchdown – before he exited the game with what ended up a torn ACL, ending his season. Now, he has Michael Thomas back as well as free agent wide receiver Jarvis Landry and rookie wideout Chris Olave in his second matchup with the team that drafted him first overall in 2015.

On the other side is Tom Brady, who is 4-5 against the Saints in his career – 1-4 since joining Tampa. The Saints are one of two teams (Seattle Seahawks) Brady has a losing record against in his 23 year career. While he isn’t likely to get a winning record against Seattle before he retires, he can at least get to .500. If the Bucs lose Sunday, Brady would have to hope for a postseason matchup to have a chance to reach that point against New Orleans.

In nine games against the Saints, Brady has 2,470 yards passing, 17 touchdowns, and 11 interceptions while being sacked 28 times – the most by any team that doesn’t reside in the AFC East.

The Bucs will likely be without wide receiver Chris Godwin, which adds a level of difficulty to the offense’s ability to move the ball down the field. While Julio Jones was effective against the Cowboys, fellow newbie Russell Gage didn’t see his first target until the fourth quarter. There’s, of course, the history between Mike Evans and Marshon Lattimore – against whom Evans hasn’t had much success. However, Brady mentioned last year that he went away from Evans due to Lattimore shadowing him and there were a lot of missed opportunities because Evans was getting open.

The other area of concern is the offensive line. Left tackle Donovan Smith suffered a hyperextended elbow against the Cowboys and it’s been deemed a “pain tolerance” issue. If he plays, he won’t be 100% but if he doesn’t play, backup Josh Wells didn’t instill much confidence into his ability to keep defenders away from Brady.

According to DraftKings Sportsbook, the Bucs, somehow, are coming in as 2.5-point road favorites in this one with an over/under of 44. Against the NFC South, the Saints have covered in 13 of the last 15 games while their last four home games have hit the under.

Even though there’s only been one game, the Bucs are coming in as the eighth best rushing team in the NFL while the Saints have the 29th ranked run defense, so Tampa should look to control the tempo and the clock by exploiting that advantage and giving another healthy dose of Leonard Fournette with some sprinklings of Rachaad White.

The Bucs and Saints kickoff at 1:00 pm ET inside the Caesers Superdome on FOX. Kevin Burkhardt, Greg Olsen, Erin Andrews, and Tom Rhinaldi will be on the call.