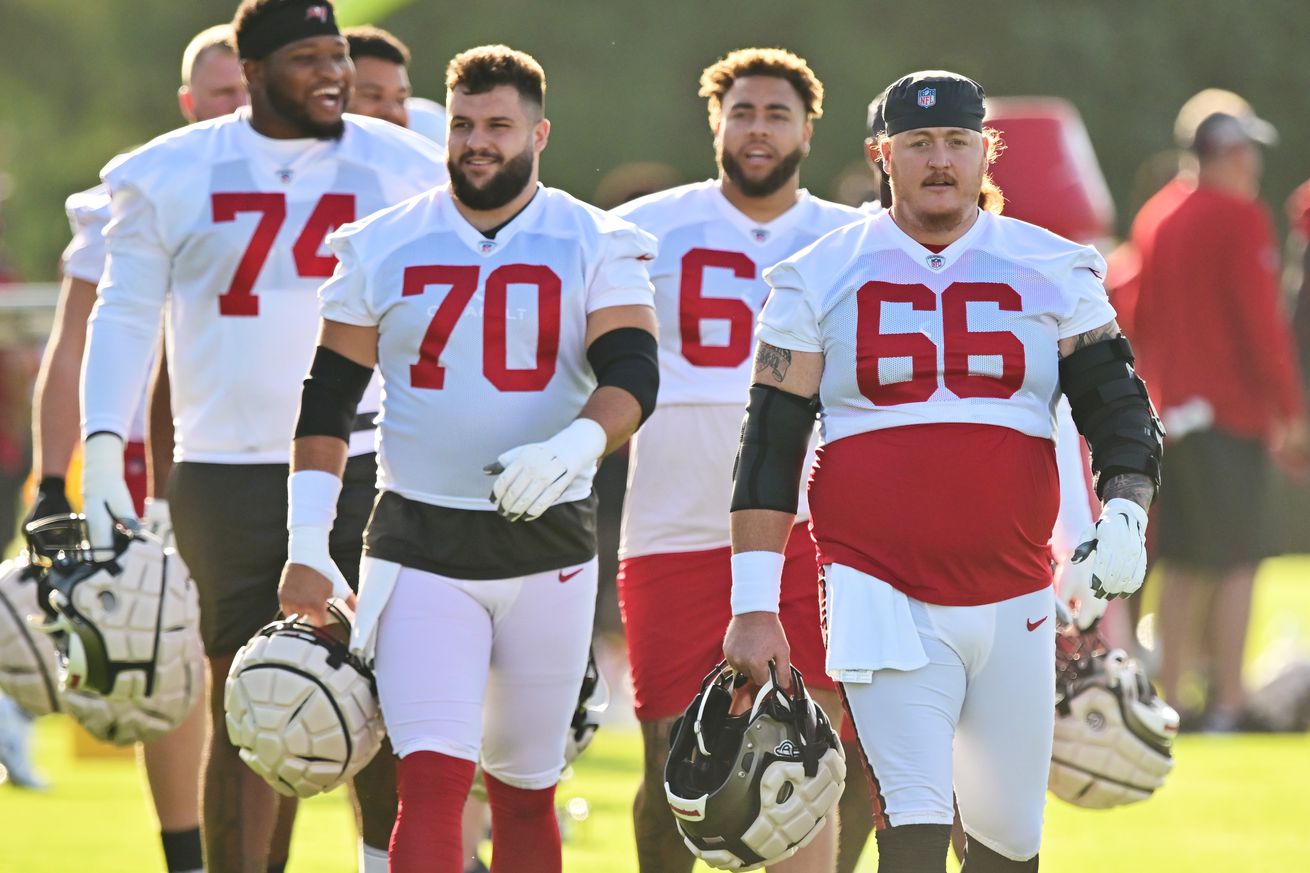 No Bucs are ruled out for Monday night’s game; Leverett and Rudolph are listed as doubtful.

The Tampa Bay Bucs and Dallas Cowboys have released their final injury reports for Monday night’s Wild Card playoff game. The Bucs have not ruled out any player, but have two players listed as doubtful, and nine others listed as questionable. The Cowboys have ruled out cornerback Trayvon Mullen (illness) but have no other players with injury designations.

Offensive lineman Nick Leverett (knee/shoulder) and tight end Kyle Rudolph (knee) are both doubtful for Monday night’s game. Both players practiced once this week in limited fashion but were not able to practice on Saturday. Leverett’s condition is concerning, considering that starting center, Robert Hainsey (hamstring), and backup lineman John Molchon (ankle), are both questionable for the game. The team’s saving grace could be the return of center Ryan Jensen, who has not played all season after injuring his knee in training camp.

Jensen could be activated from injured reserve on Monday before the game, which is when head coach Todd Bowles said the team will make its decision on who will be manning the guard, and center positions. The only Buccaneer, besides Hainsey, who was limited in practice on Saturday, was defensive tackle Vita Vea (calf.) Vea should be available on Monday barring an unforeseen setback.

The Cowboys are relatively healthy going into the game, with only Mullen being ruled out. Of note, defensive end Micah Parsons did not practice on Saturday due to a personal issue.

The Cowboys and Bucs play the final game of Wild Card weekend, Monday night at 8:15 PM ET, at Raymond James Stadium. The game will be broadcast on ESPN/ABC, with Joe Buck and Troy Aikman on the call.