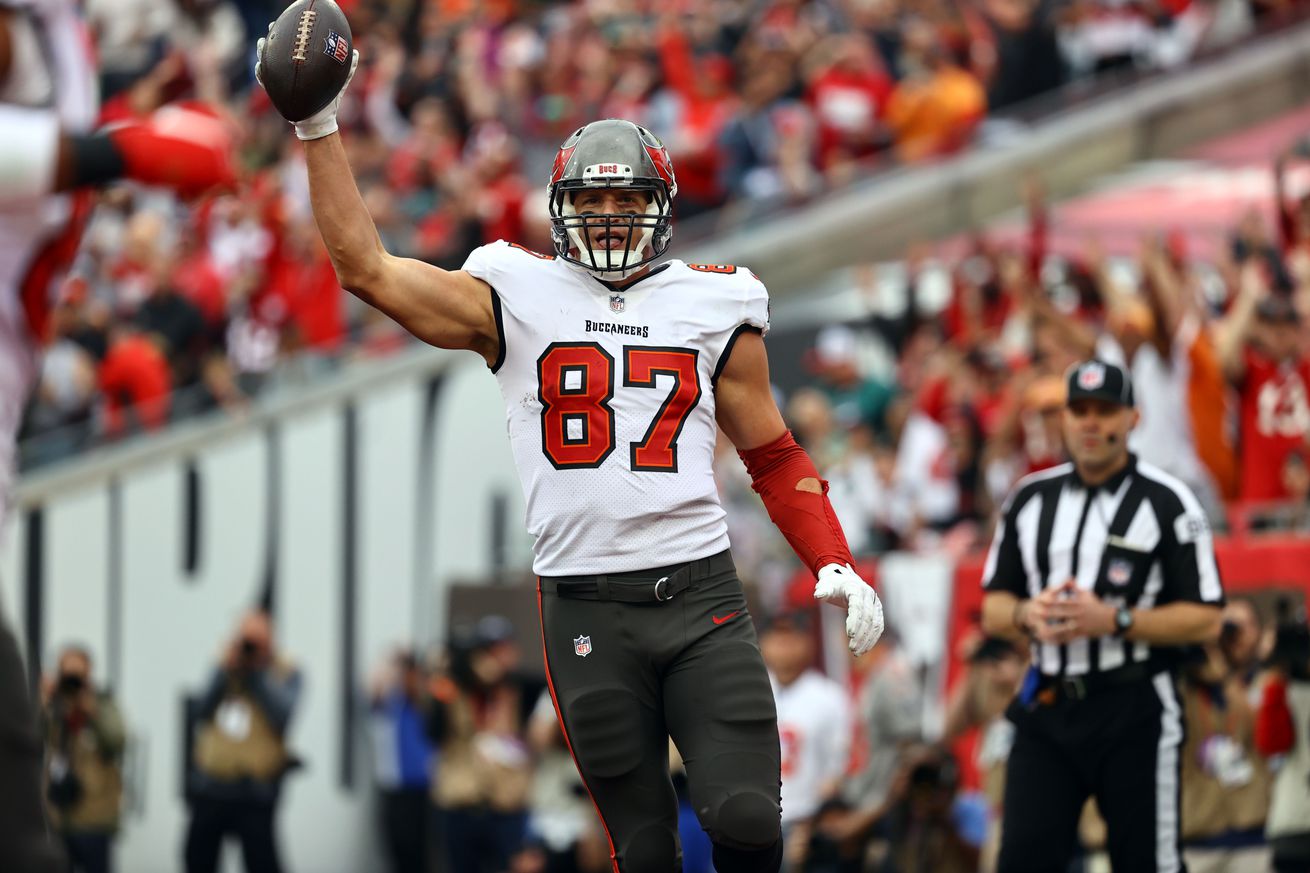 A video popped up on Twitter of Rob Gronkowski, who appears to be at a barber shop, answered a fan’s question as to whether or not he will return to the Bucs this season.

Gronk, with a smile on his face, says “there’s a very good chance,” that happens. He would go on to say that his buddy Tom Brady made him sweat for a few months so now it’s his turn to make Brady sweat a little.

The Bucs have made a few moves already – or at least, they’ve agreed to some. Tampa Bay still has a lot of cap room to clear before making the re-signing of Aaron Stinnie official as well as the signing of wide receiver Russell Gage and the trade for guard Shaq Mason.

Mason, per Greg Auman of The Athletic, is on a cruise at the moment so it’ll be about a week before he returns and can take a physical before the trade can be finalized between the Bucs and the New England Patriots,

Gronk flirted with the Buffalo Bills during free agency last season but it always seemed far-fetched that he would play for a different team with Tom Brady still in the league. With the return of the 44-year old quarterback, the speculation has weighed heavily on the side that Gronk would also return to Tampa.