Week 9 Recap: Brady comes through in the clutch to give Bucs division lead, beat the Rams 16-13 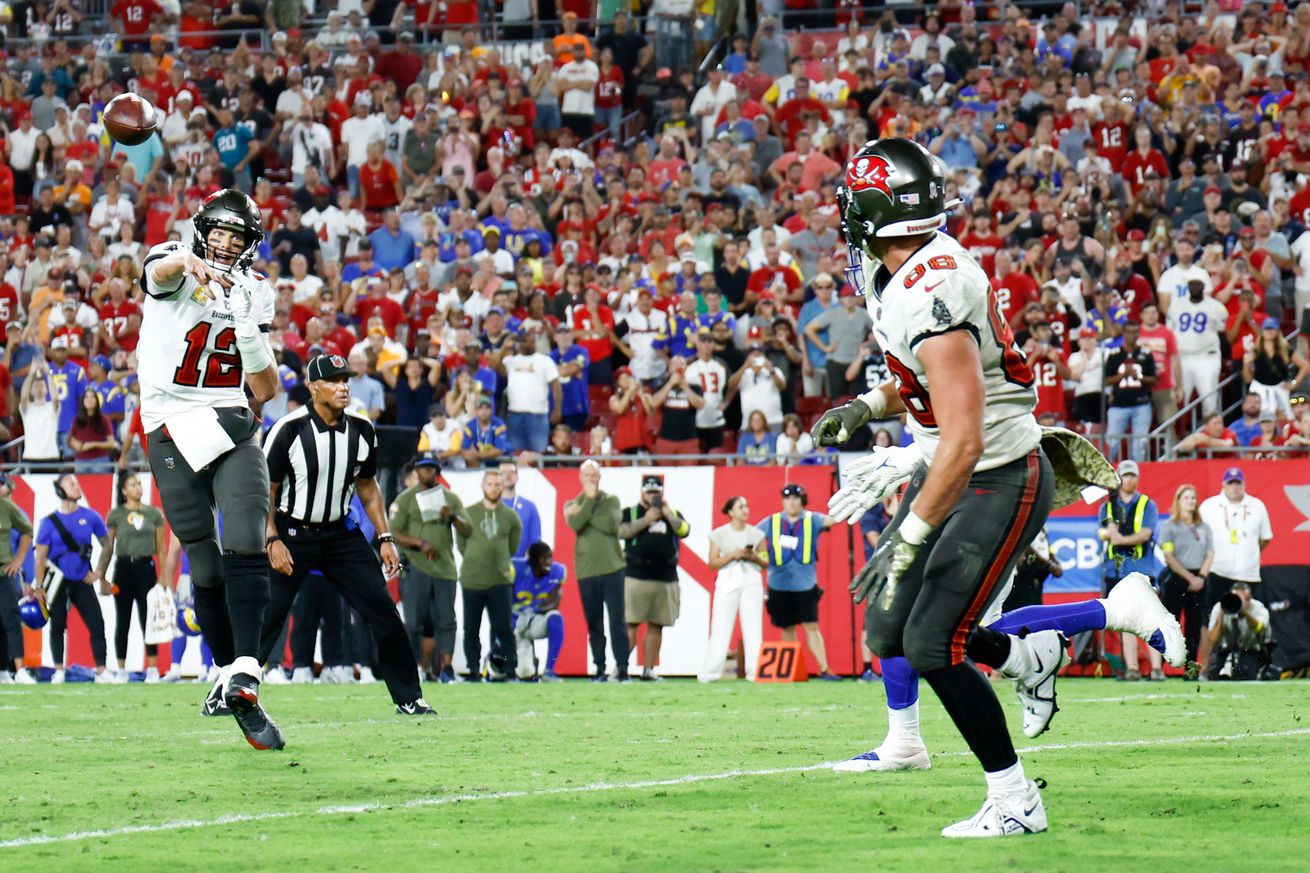 Riding a three game losing streak against the defending Super Bowl this game seemed like it would be slated for a blow out. The LA Rams, however, have also been in a slump this season. While it may seem unlikely to fans who have watched the 2022 Bucs stumble through the season struggling against lesser opponents, there is always that chance Tampa comes out, plays up to its talent level and that’s why we watch the games.

Any time Tampa plays, it comes with certain expectations for the team as well as the players on the field. Reality can be the equivalent of the expectation but it can also be the literal antithesis of it, here’s:

Vita Vea- In his first year of captaincy Vita Vea has been…different. The Bucs run defense has been relatively bad in 2022 and the premier nose tackle is fated to take some of that blame. One area that Vea has significantly improved in is his pass rush. He always flashed potential as a pass rusher but this season has been a coming out party for him in that regard. Vea had two sacks against Matt Stafford today and now has a team high 6.5 on the season.

Jaelon Darden- A surprising regular addition to this list, Darden has become a very decent return man. He has come a very long way from the player we used to see on game days. Darden is developing into a quality returner for Tampa Bay. Despite a blocked field goal the Bucs special teams unit has been vastly improved as of late and played a huge part in the victory today.

Cade Otton- This is officially an expectation going forward. For weeks Cade Otton has seen more and more action, with his increased reps he has done mostly positive things. Otton is a rookie born out of a football family, and he has been a contributor in his first year with Tampa. The tight end had a team leading 68 yards receiving, none of which were more important than his one yard catch to give the Bucs a late lead. The rookie can now add a game winning touchdown catch to his portfolio.

The Bucs’ rush offense- Tampa Bay has struggled this season with their rushing attack. The Bucs have been a bottom of the league rushing attack this season and that did not change Sunday. The other portion of the trend that continued was the Bucs’ commitment to continue running the ball even when they weren’t successful. The Bucs had just 51 yards rushing on the day, despite 20 rush attempts.

Bucs run defense- Tampa Bay, just a few seasons ago had the league’s most feared run defense. Anchored by a mammoth defensive front the thought of other teams coming into Tampa and running the ball was laughable. It was not long ago teams used to abandon the idea of running the ball altogether against the Bucs. This year the Bucs have been an entirely different entity. Coming off allowing 200 yards, Tampa Bay did manage to stiffen against the Rams. Like with anything there is a give and take, while their performance was better they were also matched up against one of the worst rushing teams in the NFL so any success could be taken with a grain of salt.

Scotty Miller- Russell Gage was Tampa Bay’s weekly injury at wide receiver and Julio Jones was unable to get through the game healthy. On one of the Bucs most successful and only credible drives, Scotty Miller was a consistent target of Tom Brady. Scotty Miller finished the day with a team leading seven catches, but it’s the catch he didn’t make that stands out the most. With the game on the line Tom Brady was able to drive the Bucs down the field for a chance to win. Scotty Miller, wide open in the end zone, jumped up and dropped the perfect pass that could have meant sweet sweet victory for the Tampa faithful. The sinking sensation and pain of this moment was later offset by the Bucs getting a second chance of redemption. Another late game drive where Scotty Miller picked up a couple more crucial late game catches and Tom Brady ultimately delivered the game winning touchdowns to let Miller off the hook.

Jake Camarda- Jake Camarda is a field position flipper and he is actually fun to watch. Punters and kickers don’t often excite but they can change games and Tampa Bay is lucky to have solid players at both positions. Camarda’s day was already impressive before he tied the all time team record for the longest punt by a Buccaneer. Jake Camarda is now tied with Sean Landeta, etched in Bucs history.

The reality is the Tampa Bay Bucs are in first place in the NFC South. Amidst a disappointing season, the Bucs are in the driver seat for a playoff spot, even if it is relatively undeserved. The 2022 season is still very capable of many different outcomes. The Bucs have a lot to figure out and their schedule doesn’t ease up as it progresses. More of what they showed today will be needed, and then some. Next week Tampa Bay will try to string together back to back wins while they make history taking on the Seattle Seahawks.