What Will it Cost for Buccaneers to Get Russell Wilson? 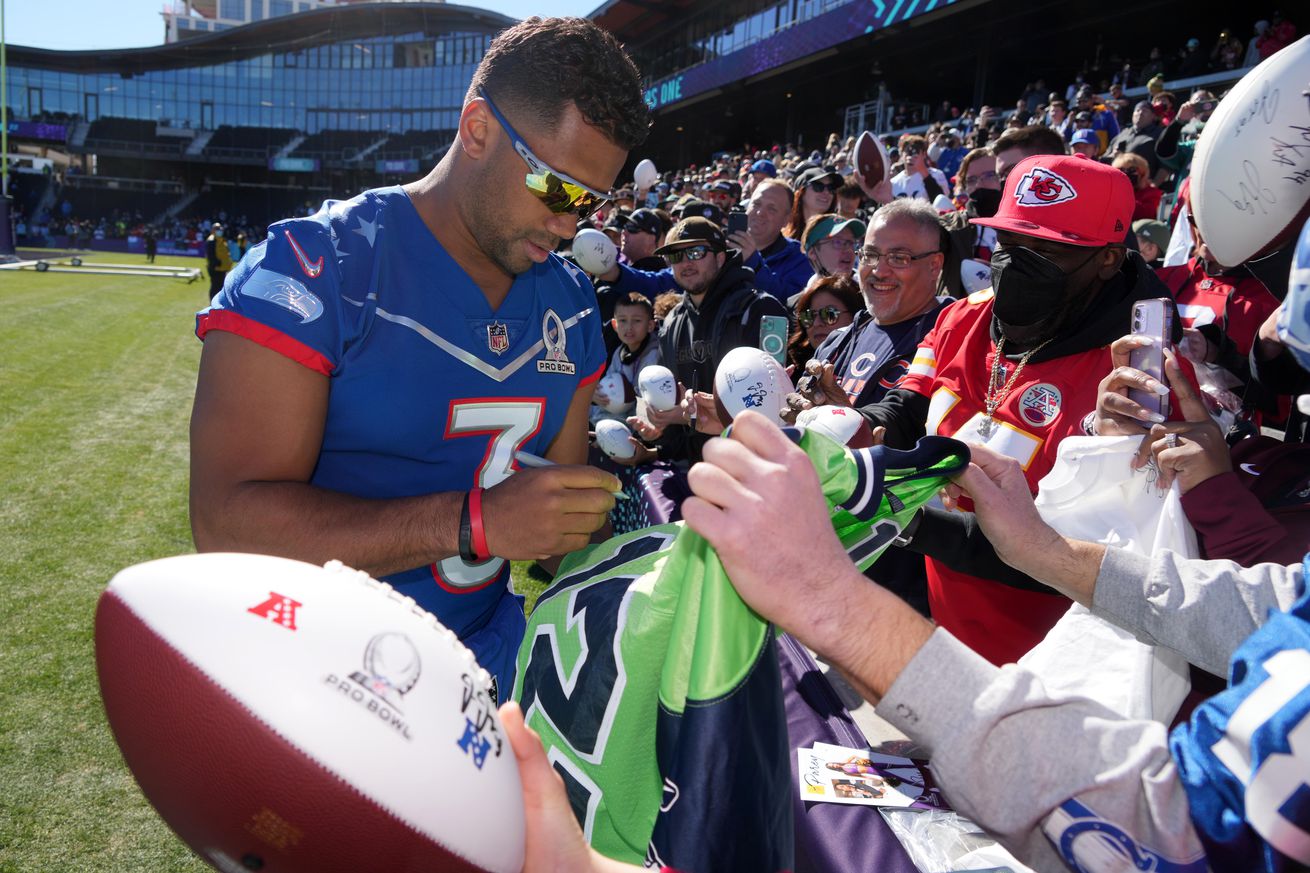 The Seattle Seahawks apparently have no plans on trading quarterback Russell Wilson to the Tampa Bay Bucs, or any team for that matter.

And Wilson himself is saying all the right things about staying in Seattle and winning multiple Super Bowls with the team that drafted him out of Wisconsin in the 2012 NFL Draft.

Still, speculation is widespread and will continue to be so until the new league year starts or a deal is agreed to and announced.

While the Bucs continue to examine all options for replacing Tom Brady, including veteran backup Blaine Gabbert, high-priced targets like Wilson will continue to stay in the conversation.

But just how high will the price be for a quarterback like Wilson?

First, from a financial standpoint, Wilson is halfway through a four-year deal he signed with Seattle that guarantees him $70 million with up to $140 million possible over the life of the deal.

At the time the contract made him the highest-paid player in the NFL, but now, it makes him the fifth highest.

It’s likely Wilson will want a new deal with his new team, and the Bucs would be wise to ink their new quarterback as well, especially given the draft capital they’ll spend to get him.

Speaking of which, how many picks will it take?

While we can’t speak definitively, of course, we do have a benchmark to lean on coming off a trade offer made in 2021 by the Chicago Bears.

In March of the last offseason, it was revealed the Bears offered three first-round picks, a third-round pick, and two starting players in order to receive Wilson.

The deal was rejected by the Seahawks, and Chicago drafted Justin Fields instead.

At the time, nobody knew who the players Seattle would have received were, but by late March of 2021, reports coming out identified Khalil Mack and Akiem Hicks were the two players put in the deal.

While Seahawks head coach Pete Carroll and the team didn’t accept the offer, that was last year.

Of course, after injury and in-season struggles at times, the Seahawks may not get a similar type of offer, especially considering Wilson is also one more year into his 30s.

Still, multiple first-round picks, a mid-round pick or two, and maybe even a young quarterback prospect for Seattle to add to its own depth chart as they seek out their next starter, could all be in the ask in order to trade for Wilson in 2022.

Is it too much to ask? Perhaps. But only the Tampa Bay Bucs can say what’s truly too much for a team still trying to win now, even if Tom Brady isn’t suiting up for the team.