Why the Buccaneers Should Consider a WR in Round One 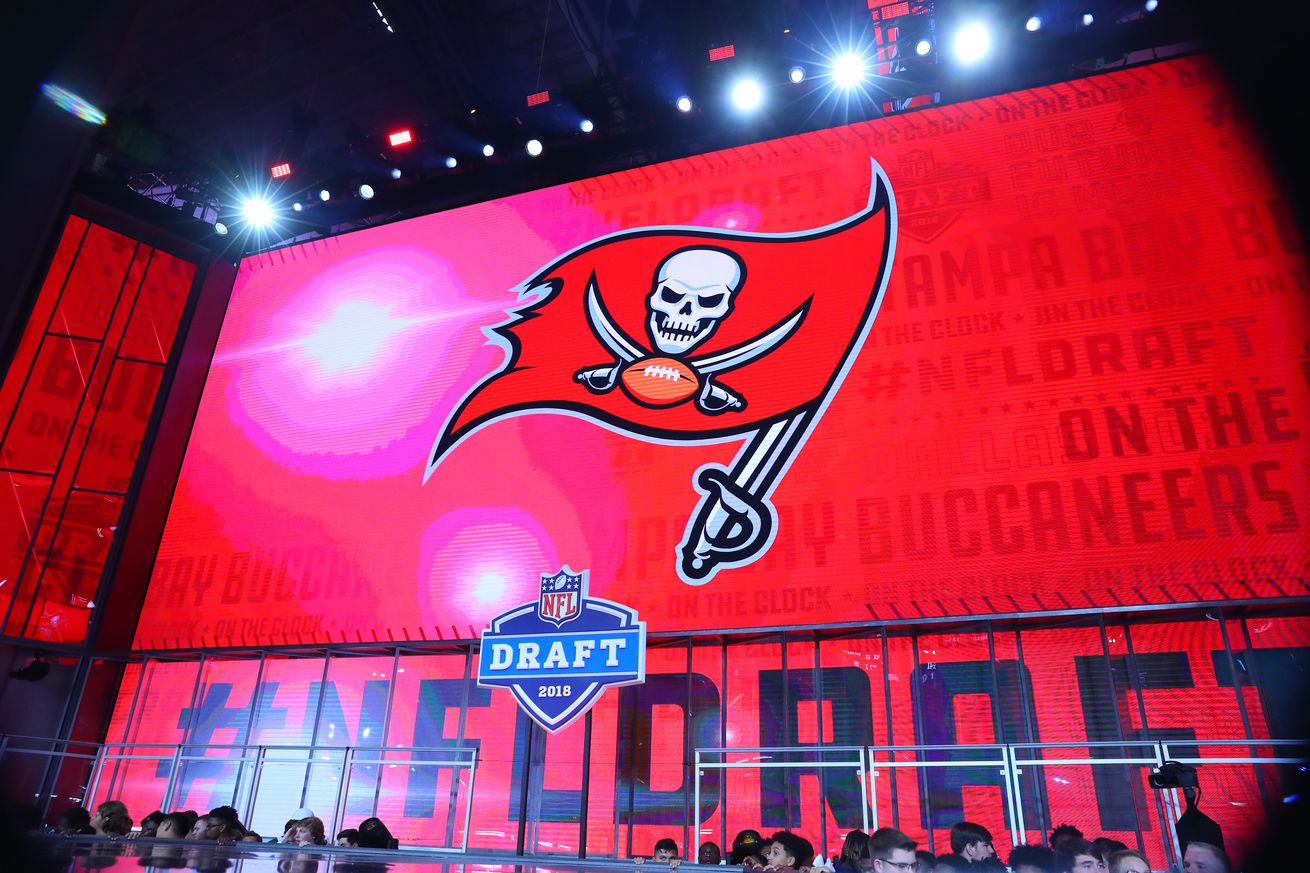 The draft is always a resource that teams can use to add talent to their club and history has even shown that the best way to build a consistent winner is through the draft. A topic that has been debated recently is what path should the Bucs take in the first round this upcoming April.

There are arguments to be made for positions such as cornerback, defensive tackle and even quarterback to be the position of choice for Tampa Bay with their first pick. However, their best route may be looking to add another weapon to the offense in the form of a shiny new wide receiver.

It is no secret that one of the reasons the Bucs could not pull off the repeat championship this past season was the lack of quality depth at the receiver position. A group that many including myself thought would be one of the team’s deepest positions, turned out to be a lot of disappointment. The team had Mike Evans along with Chris Godwin and Antonio Brown which was great… until Godwin suffered a season ending injury and Antonio Brown did Antonio Brown things. The offensive weaponry the Bucs rolled out in the playoffs was not the same group that was meant to compete for a championship, but even the depth players who contributed in big ways last year were unable to step up.

Tyler Johnson and Scotty Miller each made key plays in the 2020 postseason for Tampa Bay, Johnson having a clutch third down catch against New Orleans in the divisional round, then one week later in the NFC Championship Miller would come up with an improbable buzzer beater touchdown just before halftime. The Bucs were hoping these players would once again be able to make the key plays to win a title but it was a massive disappointment.

The Bucs need help in this area and if there is a wide receiver that can make an impact for this team in 2022, they may have to use a first round pick to get it. Unlike past off-seasons, another wide receiver appears to be much less of a luxury and more of a need.

Mike Evans will be 29 years old when week one rolls around, but his running mate’s future with the team is still up in the air. While Chris Godwin should be a big priority for Tampa, he still currently does not have a contract. If they lose Godwin, then a receiver could really become one of their biggest needs but for this exercise, let’s assume they are able to keep Godwin around. They would still need a third wide receiver, which is essentially a starter in Bruce Arians’ offense.

There are many intriguing options if the Bucs choose to add a pass catcher in round one. Ohio State has two first round talents in Garrett Wilson and Chris Olave. A recent mock draft even had Tampa Bay selecting Wilson.

They could elect to go back to Penn State and pick a explosive player in Jahan Dotson or perhaps Arkansas’ Treylon Burks is available for the taking at 27 overall. Burks would be a perfect fit for the Bucs offense, but at this point it appears unlikely that he makes it to the Bucs selection.

There are a few other players that could ger first round buzz and a lot of them make sense for this team. While the Bucs can still be hopeful that players like Tyler Johnson, Scotty Miller and Jaelon Darden can turn it around and become impact players, it is not something that they should rely on. If Jason Licht has a chance to add an impact receiver to give this offense a boost, he should do it. Regardless of who the Bucs quarterback is in 2022, the team needs to add another receiver to complement their two stars and to ensure that they do not have to rely on players who are not as impactful as they originally thought.

There are many positions the Bucs should consider at 27 overall, but a wide receiver should be right near the top.