Where does Ali Marpet’s retirement leave the Bucs? 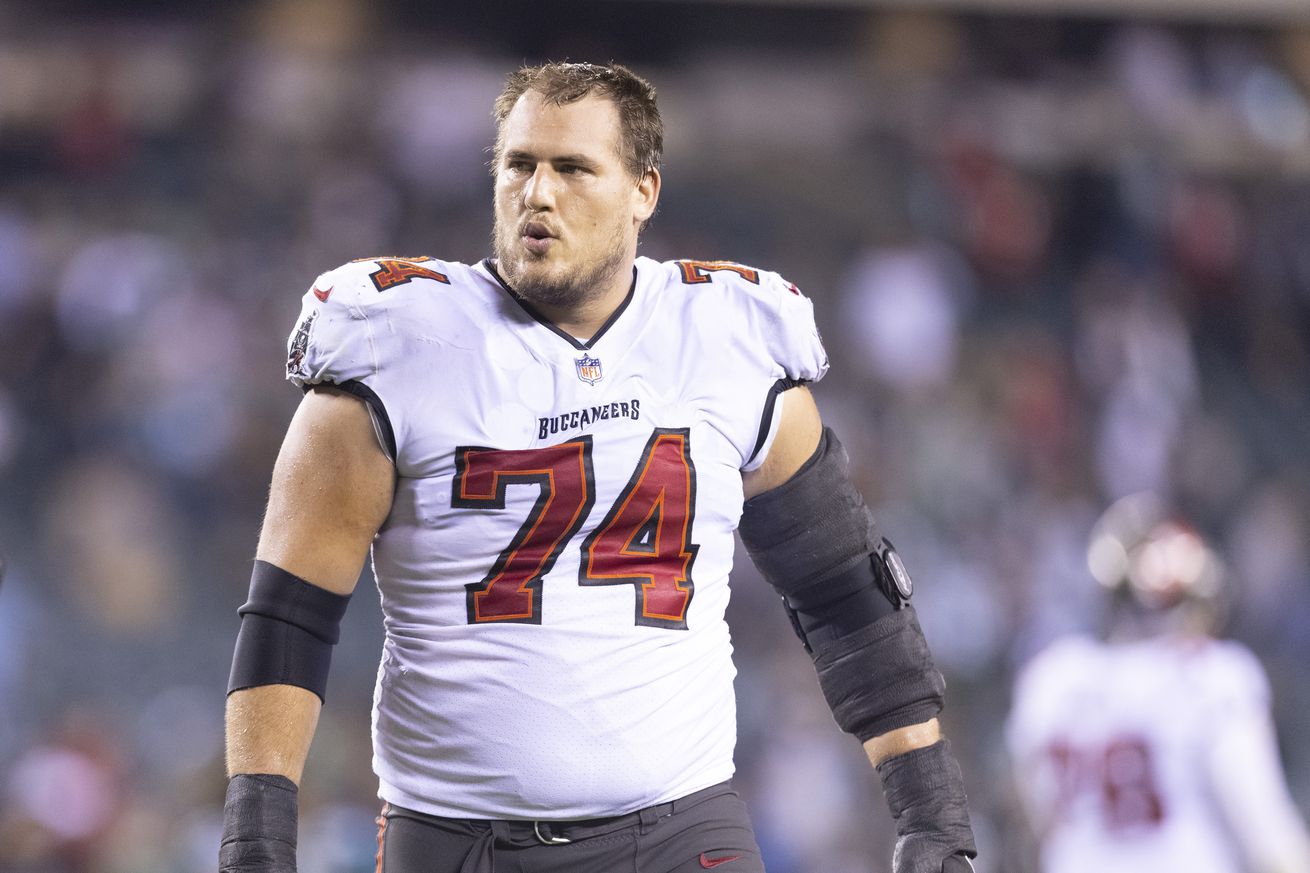 It was already going to be a difficult offseason for Tampa Bay, and it got even harder on Sunday.

An offseason that was already going to be challenging for the Bucs got a lot more difficult on Sunday afternoon, with Pro Bowl left guard Ali Marpet announcing his retirement from the NFL at the age of 28.

Let’s first say that this is an admirable decision—and a tough one—for the Bucs’ 2015 second-round pick. Coming from Division III Hobart College, he played seven exceptional seasons with Tampa Bay and was one of the league’s most underrated linemen year in and year out. Now, he gets to go out in good health, on his own terms and with a Super Bowl ring and a Pro Bowl selection to his name.

There’s no question, though, that Marpet’s retirement is a surprising development that is going to seriously impact Tampa Bay’s offseason plans.

The team was already set to see right guard Alex Cappa and center Ryan Jensen hit free agency, with questionable chances that it would be able to bring either of them back. Now, with Marpet gone, do we see a ripple effect with Jason Licht’s priority list of the Bucs’ impending free agents? Does he now make more of an effort to re-sign Cappa or Jensen so that the offensive line isn’t replacing three starters? If the answer is yes, how does that impact a soon-to-be defensive free agent such as Jordan Whitehead? If your mind is already racing, buckle up, because the Bucs’ looming decisions don’t end there.

The Athletic’s Greg Auman tweeted that the Bucs won’t owe Marpet his $10 million salary in 2022, but some of that money—$7.2 million, to be exact—is dead cap space from previous restructuring.

Bucs gain some cap room, yes, but also have another starter to replace. They shed Marpet’s $10 million salary for 2022, but there’s about $7.2 million in dead cap from previous restructures. They can bump some of that to 2023 by processing the retirement as a post-June 1 move. https://t.co/piUnCNn60r

Now, as Auman says, the team could push some of that to 2023 by processing Marpet’s retirement after June 1. According to Spotrac, doing so would leave the Bucs with $2.7 million in dead cap this year and a $4.3 million dead hit in 2023, freeing up $10 million of cap space to use this offseason.

But is that a move the Bucs should make?

The easy answer is yes, push that money and make it next year’s problem. But is it time for the front office to honestly assess whether or not the Bucs are in a spot to compete for the NFL’s top prize again in 2022?

Without Tom Brady, it was already going to be hard enough—especially when you consider the options in play to replace the Hall of Fame quarterback. The Bucs are in a position where they need to figure out who will play quarterback this year, but they also have key free agents like Chris Godwin and Carlton Davis to keep on board. The aforementioned free agents—Cappa, Jensen and Whitehead—would also be big losses, and we aren’t sure what Ndamukong Suh and Jason Pierre-Paul might decide about their respective futures. Add replacing Marpet—a guy who perennially played at an All-Pro level—into all of that and you have the recipe for more of a rebuild than a “win-now” situation.

This isn’t meant to be a “sky is falling” moment, but there has to be a reality check with Sunday’s news. A Buccaneer team potentially replacing 60% of its offensive line, another starter or two on defense and—oh yeah—Tom Brady surely isn’t going to be a Lombardi Trophy contender in 2022, right? Even in a weak NFC South, it’s hard to see it.

Maybe between this offseason and next, Tampa Bay pieces it back together, finds its new quarterback and is strong enough to make another run in 2023. Then again, after two years of astounding success, it’s understandable that the organization may be reluctant to close the Super Bowl window—even temporarily. Instead, the front office may do everything in its power to kick the can down the road again and go for it all in 2022. Whether or not that would be wise is up for debate.

One thing is for sure: No one should envy Licht and his staff. There was already a long list of questions to answer this offseason, and even more were added to it on Sunday.