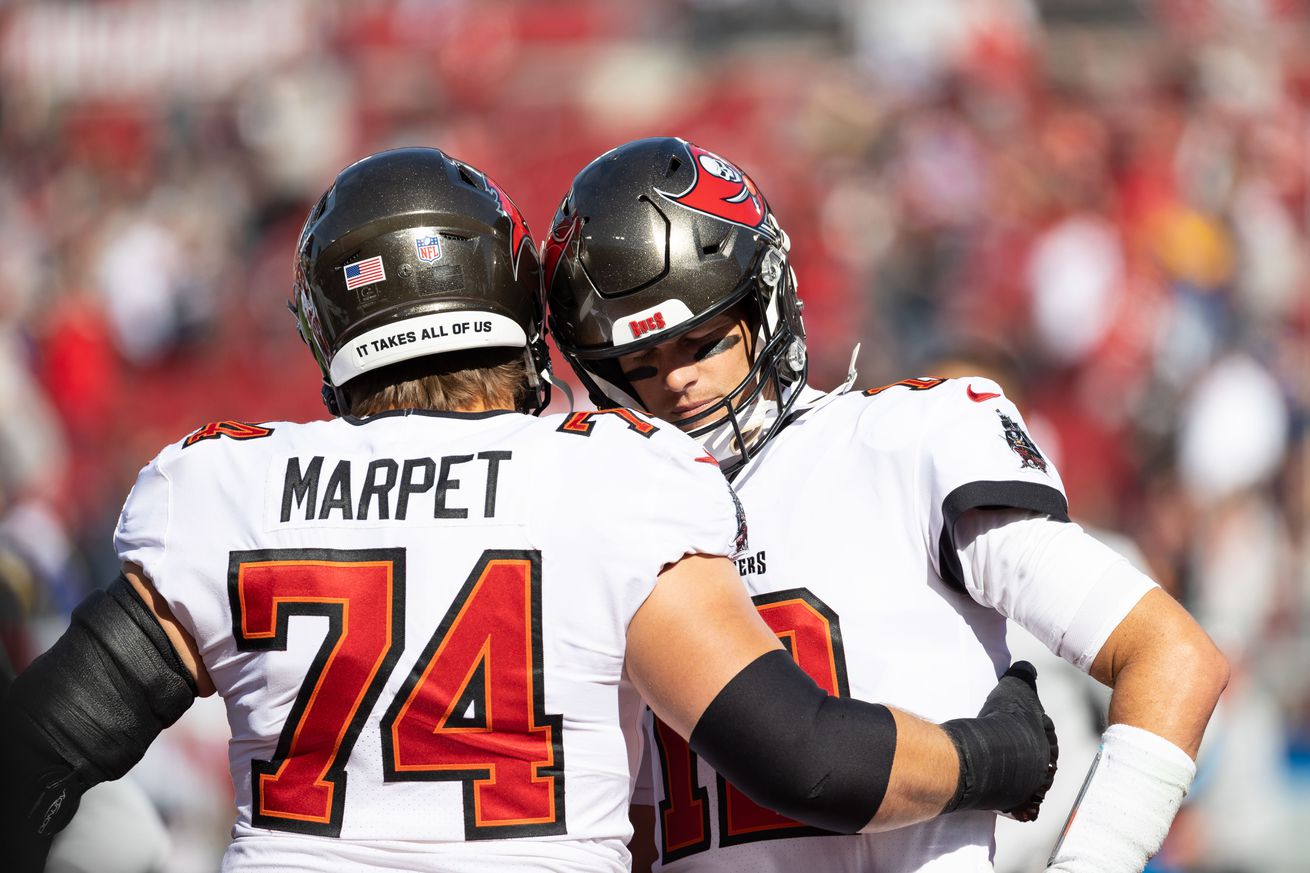 Just when you thought things couldn’t become more questionable for the Bucs this upcoming season, their Pro Bowl guard Ali Marpet took to Instagram to announce his retirement;

#Bucs Pro Bowl guard Ali Marpet has made the decision to retire at age 28. The Super Bowl champion started since he entered the NFL from little Hobart College and has been stellar. Now, calls it quits. pic.twitter.com/JCcjRLPlkg

This creates a huge need along the offensive line for Tampa Bay when guard Alex Cappa and center Ryan Jensen are already set to become free agents. Now, one of the best and most underrated interior linemen in the league is walking away at 28 years old.

This move will alleviate some cap concerns for the Bucs though they likely would rather have Marpet on the field than the cap savings his retirement provides;

Marpet’s retirement gives the Bucs a major hole to fill at guard. They won’t have to pay his $10 million salary for 2022, but take on at least some of $7 million in dead cap from previous restructures to his contract. Could be processed as a post-June 1 move.

Add guard – maybe two – to the list of things the Bucs need to get this off-season.