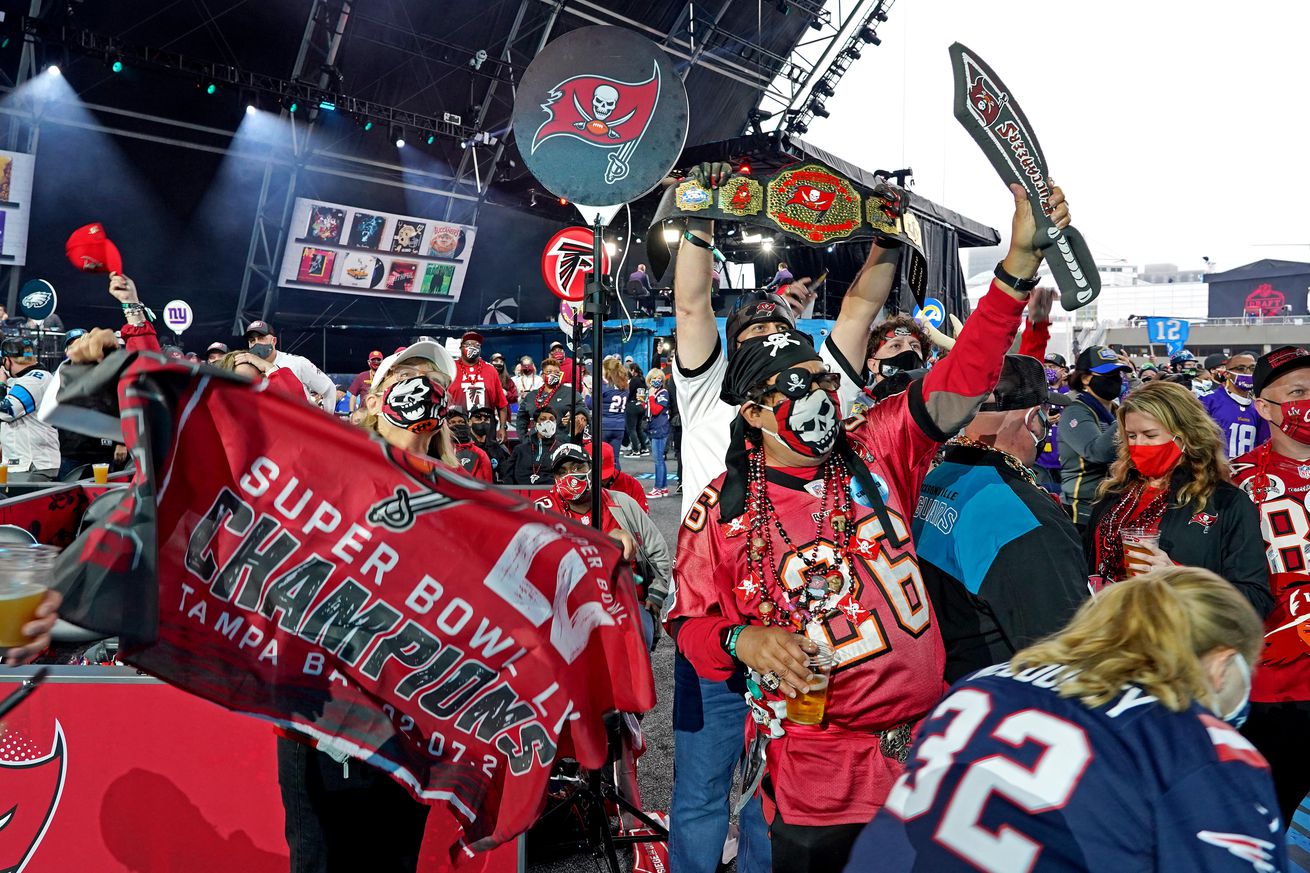 It’s been too long, ladies and gentlemen – but have no fear, Pick Six is here! The NFL Draft will kick off from Las Vegas tonight and there will be three days of picks, reaches, steals, questions, and criticisms for all 32 NFL teams starting with number one and the Jacksonville Jaguars. Will they go with the edge rusher Aiden Hutchinson out of Michigan or will the draft begin with a curveball?

Let’s Pick Six and talk about it!

1.) No Clear One. This is the first time in a little while that there isn’t a consensus number one pick. The teams at the top – Jacksonville and the Detroit Lions – are not taking a quarterback with either of those picks nor is there a quarterback in this class worth trading away the future to come up and get. Now, Hutchinson appears to be the most likely choice at the top, but there has been recent buzz around Travon Walker and his potential fit for the Jags which places Hutchinson with the hometown Lions, just a short drive away from Ann Arbor. Things will be interesting from the word “go.”

2.) What Do The Bucs Do? This is as difficult as last year, but for different reasons. Last year, all the starters were back so the Bucs had free reign to take whomever they wanted with no needs to fill in the starting lineup. Now, there are needs at Safety, Cornerback, Wide Receiver, Running Back, Tight End, and along both lines. Now, not all of those positions have a starting spot available but they aren’t going to pass on a talent just based on their most glaring need. At this stage, you could argue that need is along the defensive line with Ndamukong Suh still out there in free agency. However, the Bucs still don’t have a true replacement for Jordan Whitehead as free agent additions Logan Ryan and Keanu Neal aren’t one-for-one replacements for the now New York Jet. There’s also the question surrounding Sean Murphy-Bunting’s regression last season on top of he and Jamel Dean playing in the final year of their deals. Chris Godwin’s ACL recovery doesn’t give a solid timetable for his return, Gronk is off partying at his own draft party, and Ronald Jones is in Kansas City. The Bucs could go a lot of different ways but whatever pick they make in round one has to come in and immediately make an impact on this team.

3.) Follow The Licht. Jason Licht, overall, has done a pretty good job drafting. You can throw away the entire 2016 class and chalk that up to bad luck, bad evaluation, or just a bad year but outside of that he hasn’t done poorly. As far as the first round is concerned, he had a three year stretch where players either didn’t live up to expectation and potential (Jameis Winston, O.J. Howard) or he just flat out missed (Vernon Hargreaves). However, in his tenure, the majority of his first round picks have been huge cornerstones for the team. Mike Evans, Vita Vea, Devin White, Joe Tryon-Shoyinka – even Jameis Winston – have been building blocks for a franchise that is just a little over a year removed from hoisting a Lombardi Trophy. There’s no reason to think this season won’t result in a player that will be a major contributor to the team in 2022.

4.) The Long And Painful Wait. After the Bucs pick in the fourth round, they won’t pick again until the late seventh – barring any trade backs that net them a fifth or sixth rounder. That’s a long time to sit in the war room watching a hundred players go off the board. That means it’s imperative that the players the Bucs do take in those first four rounds hit. The Bucs can get one, maybe two, starters as well as rotational players in those first four rounds. The Bucs can attack the secondary, the trenches, running back, and potentially tight end and get players that will help this year and beyond – but they may not be in a situation where they afford to miss on any of those four picks.

5.) Don’t Overthink The Coaching Change. Just because Bruce Arians isn’t the Head Coach anymore and Todd Bowles has taken over, the staff and philosophies are still (essentially) the same. Arians will still play a big role in the War Room and will be providing his input as to who the Bucs should take based on their board, their needs, and their evaluations. That doesn’t mean he’ll be making the picks, but his voice will be heard. The offense and defense won’t change so the players that would have fit in the last three years will fit again this year. Bowles taking over doesn’t change much from that aspect – though he might pound the table a little for a Safety. If there’s anything we learned about Todd Bowles from his days as a head coach it’s that he loves to collect Safeties.

6.) It’s About The Collective, Not The Individual. Just because someone believes that a certain position is the Bucs’ number one need doesn’t mean that’s the position they should draft first. For example, the Bucs need a defensive lineman more than they need a safety or corner. However, it makes more sense to go with a Kaiir Elam or Lewis Cine in the first round and pair them with a Perrion Winfrey in the second round rather than Devante Wyatt in the first and settling for Coby Bryant in the second. The overall make up of the team is better in option “A.” So, don’t freak out if the Bucs go with the secondary or a receiver in the first just because you think they have bigger needs elsewhere. Wait until the draft is over so you can see how they pieced things together from top to bottom.

11:32 – Time the team with the 27th pick made their selection last year

10 – Minutes teams will have to pick in the first round

Six Players To Watch For In Round One

Please note: These appear in no particular order or ranking

Lewis Cine – Safety – Georgia: MVP of the National Championship and a true safety to come in and replace Jordan Whitehead

Kaiir Elam – Cornerback – Florida: Big, physical style of corner that Todd Bowles looks for to play in his defense. (And don’t even start with the “the last one didn’t work” nonsense – Vernon Hargreaves’ career has absolutely zero impact on Elam’s abilities or fit in the defense)

Treylon Burks – Wide Receiver – Arkansas: If he happens to be there, the Bucs may look to a receiver to fill the void during Godwin’s recovery and they’ve shown a lot of interest in Burks

Travis Jones – Defensive Line – UConn: Another big man to replace Suh and can cause serious disruption to the interior of opposing offensive lines for years to come when running side by side with Vea.

Zion Johnson – Guard – Boston College: The Bucs lost Ali Marpet (retired) and Alex Cappa (Cincinnati Bengals) so do they trust Aaron Stinnie to come in and take over on the right side or do they draft someone who immediately competes for a starting job?

With The Twenty-Seventh Pick, Tampa Selects…