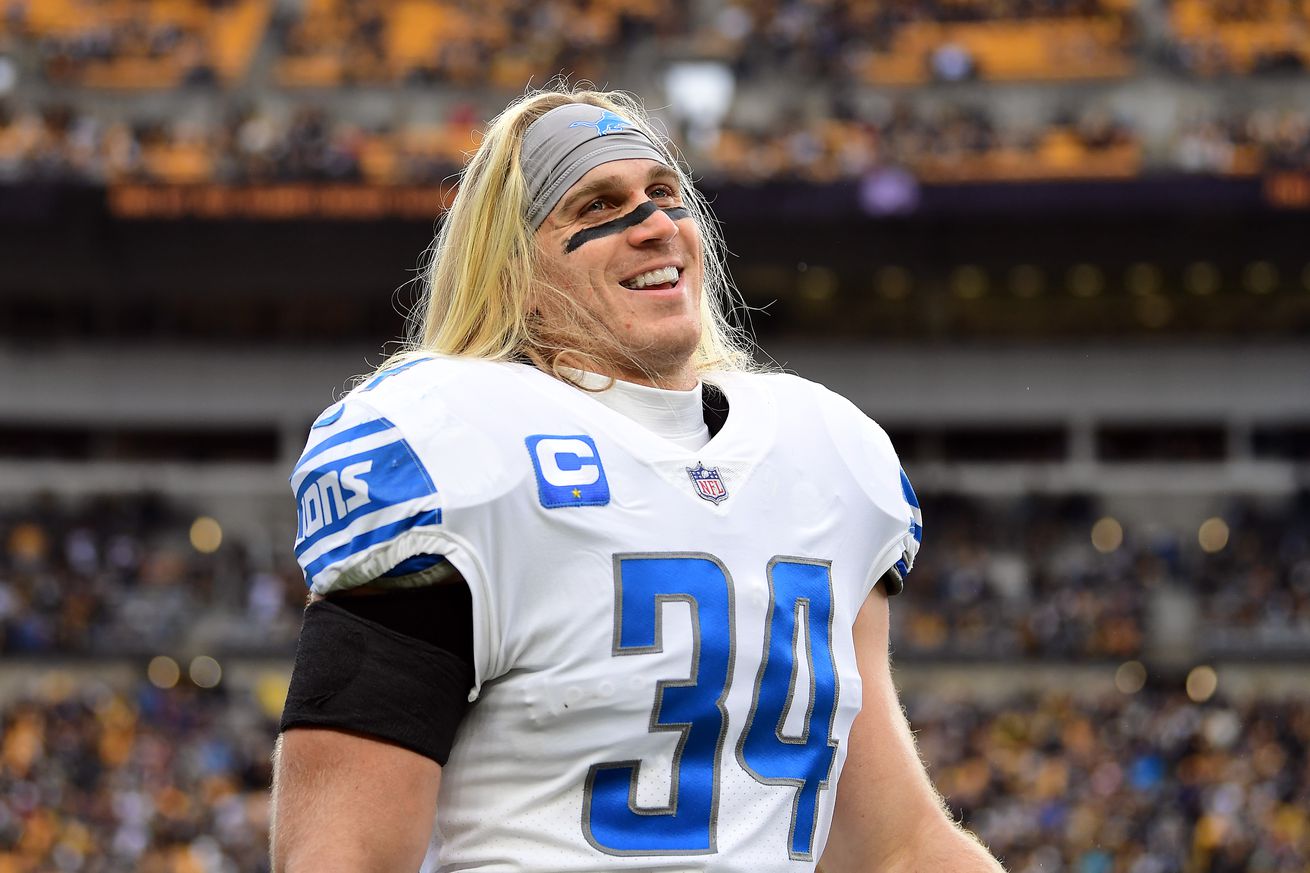 As Jason Licht looks at the current state of his roster, he’s sure to have far more questions about the Buccaneer offense, considering the retirements of Tom Brady and Ali Marpet combined with the uncertain futures of Chris Godwin, Leonard Fournette, Ronald Jones II, Rob Gronkowski, Ryan Jensen and Alex Cappa.

But loading up the Tampa Bay defense with even more talent can’t be out of the question, and you can expect Licht and his staff to do their homework on all of their options. That’s why we’re doing the same here at Bucs Nation.

Anzalone played his college football at the University of Florida. His time with the Gators spanned from 2013 to 2016 before he was selected by the New Orleans Saints in the third round of the 2017 NFL Draft. The No. 76 overall pick was the 10th linebacker selected in that draft, and he went on to have an up-and-down career with the Saints. He played in four games as a rookie, posting 16 tackles (11 solo), with one tackle for loss, one sack and a pass defended. His Pro Football Focus grade (make of it what you will) as a rookie was a modest 61.4 before he landed on injured reserve with a shoulder injury.

He became more of a regular in 2018, playing in all 16 of New Orleans’ games while starting seven. By PFF’s grading metrics, that was the best overall season of his career, as he posted a 70.5 grade after finishing with 59 tackles (45 solo), two sacks, six quarterback hits and three total tackles for loss. The former Florida Gator also showed a knack for creating turnovers in his second season, intercepting a pass and forcing three fumbles. Unfortunately for him, any momentum he had gained with that 2018 season went downhill in 2019 as he suffered another season-ending shoulder injury after just two games.

After a lost 2019 season, Anzalone came back in 2020 and started nine of the 16 games he played in for the Saints, totaling 41 tackles (22 solo) and three tackles for loss. When his rookie contract expired after that season, he signed a one-year, $1.75 million deal with the Detroit Lions. In his lone season with the Lions last year, he started all 14 games that he played in and was very inconsistent. His 78 tackles (49 solo), seven passes defended, one interception and one sack look decent, but his career-worst PFF grade of 35.4 tells a bit more of the story. And yet again, he ended the season on injured reserve due to a shoulder problem.

For a more in-depth look on Anzalone’s 2021 season with the Lions, check out Pride of Detroit’s free agent profile on the 27-year-old.

There are a good deal of reasons why signing Anzalone wouldn’t work for the Bucs, but there’s one pretty big reason it could pan out, and that’s his coverage ability. During his time in New Orleans and again in his time with Detroit, Anzalone was exceptional when dropping into coverage. Tampa Bay’s linebackers—particularly Devin White—tend to be hit or miss in terms of their coverage, so if the Bucs are looking to boost that aspect of their defense, there are few options as intriguing as this one.

Not to mention, Anzalone is coming off of a season-ending shoulder injury that he suffered late in 2021, meaning he could very well be a cheaper depth option for a team like Tampa Bay, which has its starting inside linebackers written in concrete with White and Lavonte David. The 6-foot-3, 237-pounder with flowing blonde hair was also voted as a captain in his one season in Detroit, so his leadership would be another plus. That’s something you can never have too much of in a locker room, right?

Anzalone has never been the most reliable player, both in terms of his play on the field as well as his ability to stay on the field at all. In 52 career games (34 starts) over five NFL seasons, he has been good-to-great against the pass while being problematic in run support. For a Buccaneer defense that takes such pride in stopping the run, he would be a tough fit—even as a depth piece.

He’s an interesting case overall, as he had moments during his Saints career that would’ve seemed to indicate that he was a player on the rise, but he would also have some not-so-good moments. One of those that would qualify as the latter came in the NFC Divisional Round against the Bucs last year. He was a liability for the Saints, and as ESPN’s Tim Keown wrote in his piece about Ryan Jensen being the game’s best center, he had this to say on Anzalone:

“And while Jensen spread himself throughout the Saints’ defense, he reserved an exclusive strain of antipathy for linebacker Alex Anzalone, who found himself on his back underneath Jensen in all kinds of places, some likely — three yards downfield, more than once — and some unlikely — on his own sideline after being shoved across the field and then landed upon during a screen pass. Jensen’s targeting of Anzalone was so weirdly persistent it demanded some sort of backstory.”

That’s not exactly a ringing endorsement of the linebacker, but maybe he should get something of a break considering Jensen does that to a lot of guys throughout the NFL?

Injuries are also quite the concern for Anzalone, especially regarding his shoulder. He dislocated his shoulder three times during his college career at Florida and has continued to deal with shoulder problems throughout his NFL tenure. He has finished three of his five professional seasons on IR due to shoulder injuries, having undergone multiple surgeries at different stages of those five years. Given that the Bucs’ road to a Super Bowl repeat was massively hindered by the injury bug, they might not be too keen on signing someone with such a history, especially if they’re looking to have him available in the event of an injury to another player.

After a pretty productive 2020 season with the Saints, Anzalone didn’t receive a massive deal when he hit free agency for the first time. Instead, he signed a one-year, $1.75 million deal with the Lions. And after a season in which he had more bad games than good, he might not be primed for a big deal during his second time on the market. He may find himself needing to look for something similar—or even less—depending on where he wants to play.

We largely don’t know what the market will be like for Anzalone. Spotrac nor Pro Football Focus has posted any type of contract projection for the veteran linebacker, and his situation is a curious one. He could likely go and start and provide solid leadership for a team that’s in the rebuilding stages, though he may also be seen as a solid depth guy for a contender. Ultimately, we don’t know which route he would want to take either. Players want to play, but after a year in Detroit, might Anzalone want to get back on a winning team like he was with the Saints (to an extent) in the early years of his career? And if that’s the case, would the Bucs qualify as that kind of team at this stage? There really are more questions than answers when it comes to Anzalone as a potential free agent acquisition.

So, Bucs Nation, it’s time for you to make a decision on Alex Anzalone. He wouldn’t be coming in to start by any means, but could Tampa Bay use his experience and coverage abilities? Or is the team better off steering clear of an injury-prone 27-year-old who hasn’t quite found much consistency to this point of his career? We’ll leave it up to you. Vote in our poll and discuss your thoughts in the comments down below.