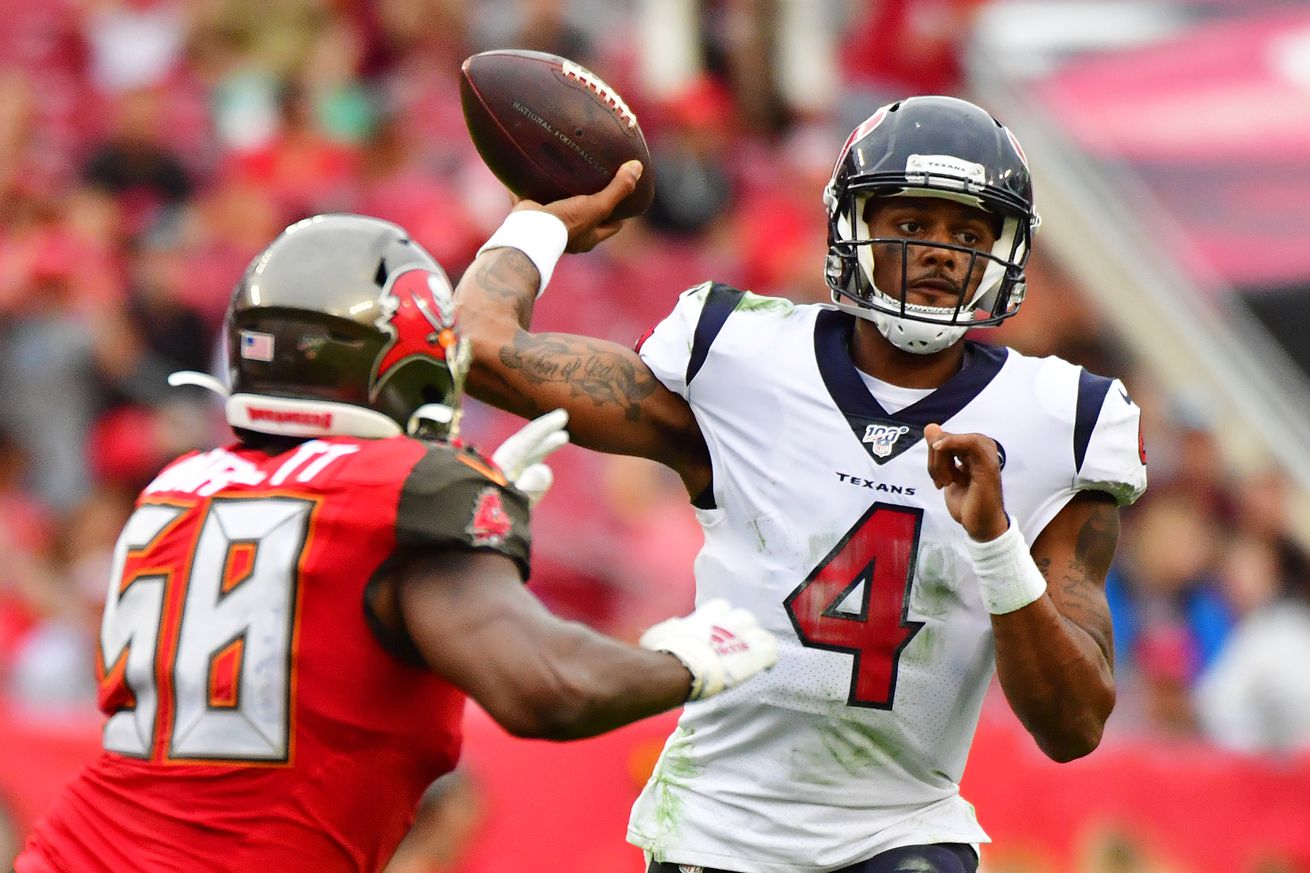 Are the Bucs preparing to make a move to acquire Watson?

The Bucs obviously had to receive some important news today, right? That news being of one Houston Texans quarterback Deshaun Watson no longer facing criminal charges that stemmed from 20-plus allegations of misconduct with massage therapists.

The reports were plenty on Friday, with NFL Network’s Ian Rapoport sharing a memo from Watson’s lawyer following the grand jury’s decision.

The interesting importance behind all this is that Watson is essentially ready — to some degree — to get back to football now. The Bucs were tied to Watson throughout many circles this offseason so there had to have been some instant reactions by the Tampa Bay front office to potentially begin formulating packages to lure Watson to the bay area, or at least one would think.

Watson spoke after the decision and had this to say to The Houston Chronicle via NFL.com.

“Going to keep fighting to rebuild my name and rebuild my appearance in the community. We’re going to continue on the legal side off the field handle what we need to handle, but also ready to get back on the field.”

The Bucs were reportedly on Watson’s radar while the team had been also doing their homework on him in return.

So will the Bucs make a move? Only time will tell, and there are already rumblings a move can happen as soon as this weekend.